The Source
Brought to you by Agru 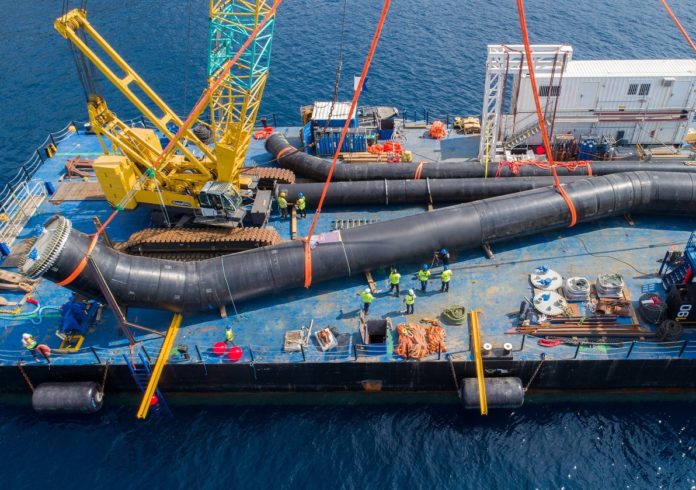 AGRU Kunststofftechnik’s XXL pipes are being installed to support an unusual urban development in Monaco, which will see the crowded country expand into the Mediterranean with a new 60,000m3 district.

Monaco is the second-smallest country in the world after Vatican City, with an area of a little over two square kilometres. However, while the population density in Vatican City is 2,200 people/km², around 19,000 people live in the same area in Monaco, so there is a permanent housing shortage. In response, the Monegasque government is extending the principality. For this, a well-fortified platform consisting of concrete and sand is filled up in the sea.

The €2 billion, 6ha ‘Anse du portier Monaco’ project is due for completion in 2025, with initial relocation of marine species in 2016 followed by foundation work that contains the district infrastructure. AGRU supplied several hundred metres of its HDPE XXL pipes at 2500mm and 1400mm diameter for sewage and stormwater infrastructure.

When completed, the development will house apartments, shops, gardens and a marina. The foundations have been filled with 600,000 tonnes of sand from Sicily. The land thus created must withstand the tides and seismic forces, so the new district will be secured with caisson walls. Each caisson weighs about 10,000 tonnes when filled – some 2.87 million tonnes of quarry material are being delivered by ship to achieve this. After the planned four and a half years of construction of the foundations, the new coastal promenade will be 6 m above sea level.

The installation on the cliffy seabed is demanding for men and material, and because of the harsh saline conditions, ocean currents and rocky terrain, the AGRU XXL piping system and the associated fittings, made from PE 100-RC, were chosen by client and main contractor. The high resistance to slow crack growth of PE 100-RC pipes and fittings gives a better point load capability, which was required to increase safety and service life under these extreme operating conditions.