Argentina sets ambitious targets of providing universal access to water and 75 percent access to sewerage services for its citizens. How can the country move toward this goal?

That was the theme of the discussion on “Argentina Day” at last year’s International Water Association (IWA) Water and Development Congress and Exhibition held in Buenos Aires, where water professionals from around the world and Argentinian officials met to exchange knowledge, experiences, and strategies.

On behalf of the World Bank, I led a discussion on regulation, together with Emilio Lentini, Advisor to Argentina’s Water Resources Secretariat; Rui Cunha Marques, University of Lisbon; and Miguel Solanes, ECLAC, Chile. 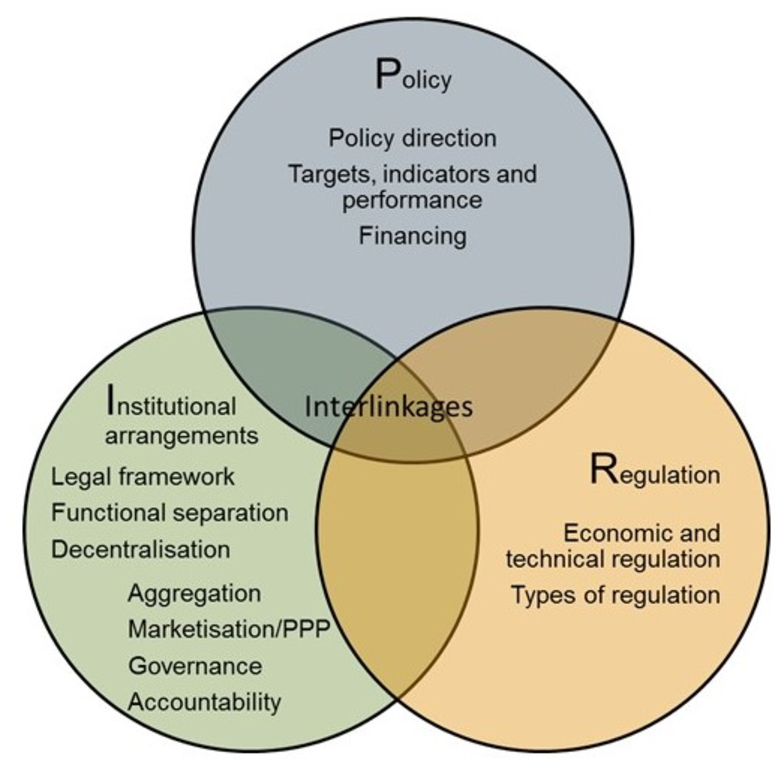 Based on the findings of our recent work on Aligning Institutions and Incentives for Sustainable Water and Sanitation Services, I started my presentation by underscoring the interlinkages between regulation, policies, and institutions and the crucial role these factors play in creating incentives to sustainable universal access to water and sanitation services. I also discussed regulation in the context of the new paradigms resulting from the need for many countries to regulate public service providers, thereby shifting from the traditional approach to regulating private companies.

In Argentina, as in other Latin American countries, state owned water companies are more common than privately operated utilities. Publicly owned utilities have traditionally not been regulated—at least in an orthodox manner—as the common belief was that government, through its control of the utility, could strike the right balance between investments, cost recovery, and affordable tariffs. In the last decade, however, regulation of public water utilities has been growing in response to the return of service provision to the government after failed private sector participation (PSP) attempts. This approach has been found to have important advantages, such as the establishment of competent technical regulatory agencies and the increased transparency through independent oversight. Countries as different as Albania, Australia, Colombia, Peru, and Portugal are using regulation and regulatory institutions as part of the mix of policy instruments that seek to ensure that public utilities offer good value and sustainable services to the public.

In Latin America, regulation arose in the context of the wider sector reforms. This included PSP and decentralisation, which in many cases, mirrored the rationale for regulation in developed countries. However, I cautioned that this approach often entailed a mismatch between the needs of the countries and the regulatory model, which functions in the context of varying capacity levels and a different political and institutional culture, and welcomed the discussion on relevant regulatory experiences in Latin America.

Among those experiences, Mr. Marques discussed subsidies schemes in Chile and Colombia that facilitate access and enhance affordability for the poor, and highlighted how direct subsidies and cross subsidies can be effective in different circumstances. He also examined arrangements in place in different countries to regulate public service providers, and underscored the importance of addressing critical challenges associated with incentives, transparency, enforcement, equal treatment of different providers, and politicisation of the regulators. Mr. Solanes argued that strengthening the regulatory function would require a significant behavioural change in water sector institutions, and suggested to hold public service providers and their managers legally accountable for their actions.

At the emblematic Palermo water treatment plant, against the backdrop of a picture displaying the continuous performance improvements of Obras Sanitarias de la Nacion (the former national water utility of Argentina) during the first half of the 20th century, Mr. Lentini highlighted current efforts of the Government in this direction. This included revisions to the tariff structures to achieve cost recovery and design of subsidy schemes to better target the poor and vulnerable groups whilst providing adequate incentives to expand the services and improve their efficiency and quality in a sustainable manner. For that reason, he welcomed the exchange initiated with this session and invited the Bank and other partners to continue sharing regional and global knowledge with Argentina.

We hope the knowledge shared will further inform ongoing efforts by Argentina and other countries in Latin America to continue enhancing the policy, institutional, and regulatory incentives to achieve sustainable access to water and sanitation for all. Stay tuned for more news on our support to the government’s efforts to strengthen water supply and sanitation (WSS) service delivery and regulatory frameworks in Argentina through a comprehensive package of projects and other activities.