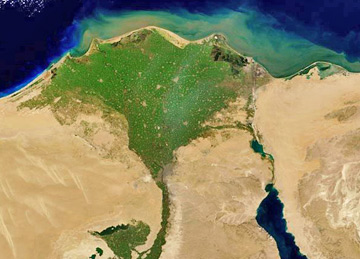 Water scarcity may have become a global issue but the water demand- supply gap is most gaping, intense, and complex across the dry Arab region of the Middle East and North Africa. In these countries, according to the recent World Bank report, Beyond Scarcity, more than half of current water withdrawals exceed what is naturally available.

Arab water managers may feel constrained, even helpless, in their role to address the water imbalance. Yet by introducing a human rights-based perspective, along with a Basin to Consumer mindset, water professionals could transform the region’s challenges into opportunities for faster, more equitable and sustainable growth.

While SDG 6 and the UN Declaration on the Human Right to Water and Sanitation are relatively recent statutes, the code and norms they enshrine trace back many centuries to the heart of traditional Islamic water law. Indeed, as legal scholar James Salzman observed, sharia literally means ‘the way to water,’ and the Right of Thirst reinforced norms of governance and access, in which drinking and domestic use held top priority, and where “sharing water is a holy duty”.

Today, no single entity can be responsible for actualising such a rights-based transformation. Building a right to water and sanitation services is a multidisciplinary task, in which all stakeholders must collaborate. It also won’t happen overnight. Universal access is a step-by-step journey that could take as long or as short a time to achieve, depending on where it started.

In all cases, the geographical route starts in the basin, not at the tap, and may cross one or more countries in between. Collaboration across scales – basins, cities and utilities – must cover all the elements and challenges that will come up during this journey.

The lack of drinking water and sanitation services escalates risks of inequality, gender and racial or cultural discrimination. It also starts with those most at risk – the young, old, female and ethnic minorities. According to a recent report from the Stockholm International Water Institute, four out of ten people in the world do not have access to sanitation facilities and about two in ten people have no access to safe drinking water supply.

Lack of adequate water and sanitation services kills about 3,900 children every day. (Source: Health, dignity and development: what will it take?)

Also at risk are the natural infrastructure of streams, seasonal wadis, and aquifers on which human communities depend. Access is further complicated by rapid urbanisation. Whereas utilities once planned future expansion of delivery outward, recent analysts suggest they must now try reaching the unserved and underserved populations within the sprawling city itself.

“Most water programmes have focused on increasing access to water in rural areas, not cities,” argues Nazie Hussain in The Next ‘Day Zero,’ “But by 2050 most people in Asia and Africa will live in cities, where water supplies sometimes depend on violent entrepreneurs, criminal groups, and other informal or illegal service providers.”

Where to focus? One key early milestone is “acknowledgment and uptake of the mandate by duty-bearers before actual progress can be measured.”

That means States, as duty-bearers, must grasp their responsibilities using the human rights criteria to fulfil their mandate towards delivering water and sanitation services.

This matters most in politicised water sectors, such as Arab water utilities, where stakeholders are affected by the social, climatic and political factors in their region. For example, setting water tariffs can all too often be used for “political wins” instead of recovering costs or achieving sustainability. A human rights-based criteria can help, if translated into a user-friendly and culturally sensitive language.

In this way, the Arab region can embrace the human right to water not only as an important obligation to satisfy, but an opportunity to unlock. Utilities can explore how the progressive realisation of the human rights to safe water and sanitation imply an expansion of the customer base and opportunities to increase service levels.

The effort can also enable international knowledge exchanges, which clarify misunderstandings, and make the human right to water both achievable and tangible for local / regional stakeholders.