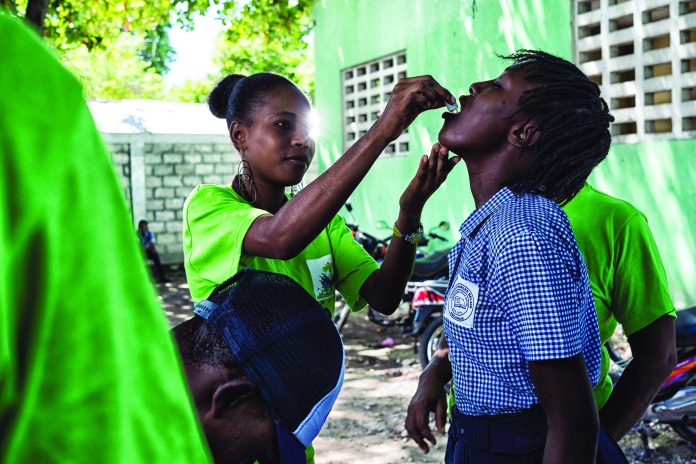 A United States federal appeals court has upheld the United Nations’ immunity from a damage claim filed on behalf of cholera victims in Haiti. Ban Ki-moon, UN Secretary- General, has said that he deeply regrets the “terrible suffering” of the Haitian people and that the UN has a moral responsibility to support the victims and country in overcoming the epidemic.

“The Secretary-General notes [the] decision of the United States Court of Appeals for the Second Circuit, which upheld the immunity of the organisation from legal proceedings in
the case of Georges et al v. United Nations et al, in accordance with the UN Charter and other international treaties,” said a statement issued by Ban’s spokesperson in New York.
The class action lawsuit was filed in October 2013 in the US Federal Court in New York in connection with the cholera outbreak in the aftermath of the earthquake that hit Haiti in 2010. The suit called on the UN to compensate victims of the epidemic. The cholera outbreak has affected an estimated 780,000 people and claimed the lives of over 9,100 people.“The United Nations has a moral responsibility to the victims of the cholera epidemic and for supporting Haiti in overcoming the epidemic and building sound water, sanitation and health systems,” said the statement.

According to the UN, Ban is actively working to develop a package that would provide material assistance and support to those Haitians most directly affected by cholera

Sustained efforts by national authorities and the international community have contributed to a 90 percent reduction in the number of cases since the peak in 2011.

“However, eliminating cholera from Haiti will take the full commitment of the Haitian Government and the international community and, crucially, the resources to fulfil our shared duty,” the statement explained.

According to the UN, Ban is actively working to develop a package that would provide material assistance and support to those Haitians most directly affected by cholera. This will include, as a central focus, the victims of the disease and their families.

“Despite repeated appeals, these efforts have been seriously underfunded, and severe and persistent funding shortfalls remain,” the statement said. “The Secretary-General urges Member States to demonstrate their solidarity with the people of Haiti by increasing their
contributions to eliminate cholera and provide assistance to those affected.”

Bursting at the seams: new study highlights the realities of water loss