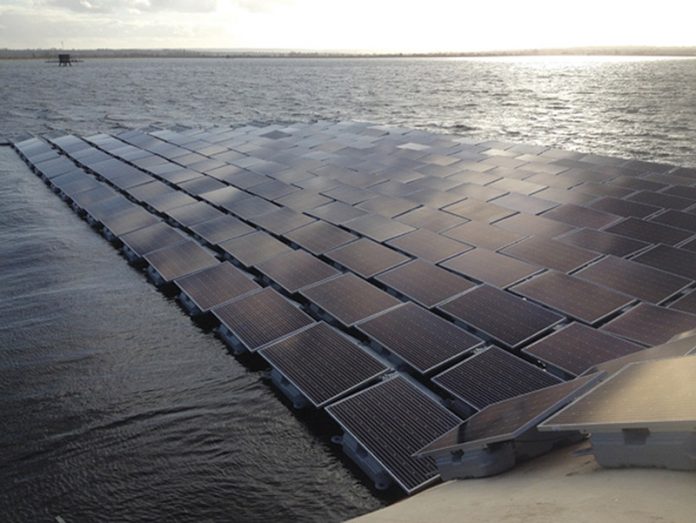 Europe’s biggest floating solar panel array is being installed on London’s Queen Elizabeth II reservoir as part of Thames Water’s ambitious bid to self-generate a third of its own energy by 2020. Just over 23,000 solar photovoltaic (PV) panels will be floated on the reservoir near Walton-on-Thames, utilising a normally redundant suburban space on the surface, following an agreement between Thames Water, Ennoviga Solar and Lightsource Renewable Energy. The floating pontoon will cover around a tenth of the reservoir. The low-carbon, renewable energy produced will be used to help power the nearby water treatment works and lower customer bills. It will have a total installed peak capacity of 6.3 megawatts and is expected to generate 5.8 million kilowatt hours in its first year–equivalent to the annual consumption of around 1,800 homes.