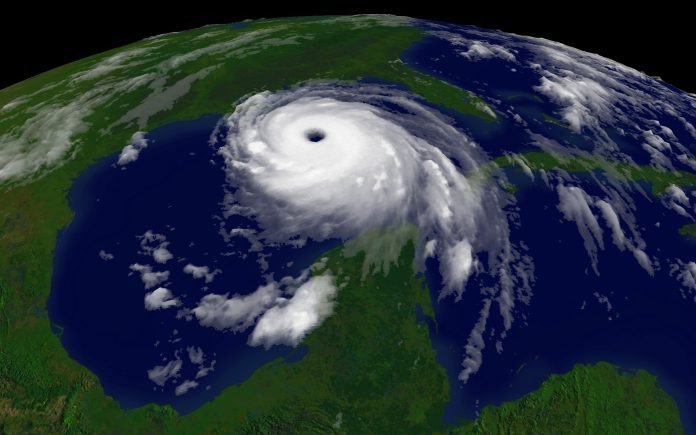 The World Economic Forum famously takes place in Davos, Switzerland at 1,560 metres above sea level, and on 19 January, while I am at this year’s event, the temperature hits 4 degrees Celsius below zero. Outside, political and business leaders are shivering in the cold, worried about hypothermia, frostbite, or slipping on black ice; inside, Johan Rockström is describing the very opposite litany of horrors they will face if we fail to take action on water resilience.

“We’re starting to see the amplification of extreme weather, droughts, scarcity and floods,” explains Rockström. “[These] influence the world market price of food, which in turn propels riots and unrest in many of the poorest regions. Democracy, growth, and ecology are today entirely interdependent.”

“The climate’s number one victim is always water,” says Rockström. “Water is the bloodstream of the biosphere and the determinant of our future. As it dries out, water can induce tipping points.”

Building on Al Gore’s earlier comments, Rockström unveils a framework to measure when those tipping points, or “Nine Planetary Boundaries” come unhinged. Four have already crossed into a slippery zone of uncertainty, and may unravel into an irreversibly degraded condition. While the global level of freshwater appears secure, looks are deceiving. The combination of pollution, rising heat, and excessive demand has stressed water resources provoking regional turmoil. No wonder the World Economic Forum has ranked “water crises” a top three risk, in terms of impact.

More importantly, he warns, that the four risks–biodiversity loss, nitrogen/phosphorous runoff, land conversions, and carbon emissions–become a confluence through water.

“Through the water vehicle, things may suddenly cross over from rainforest to savanna, or agricultural systems into erosion like the Dust Bowl. It all translates to water-related devastation, which pushes you across thresholds that flip from resilience into a locked state.”

That’s why Rockström is so focused on how resilience can be built into land regions that are short of water. For all the looming risks, he remains upbeat about water’s future. Investments in innovation–water harvesting, drip irrigation, zero tillage–will “raise water gains 50 percent, reap huge rewards and pull humanity back from the brink.” His catch: that won’t happen without a profound “mind shift among agricultural, hydrologists and water managers.”

Rockström set up and runs the Stockholm Resilience Centre to catalyse this shift in thinking. When the centre was launched in 2007, water professionals rarely used the term “resilience” with frequency. Through education and training, the emphasis was on water productivity, efficiency, and allocation mechanisms that push the hydrological cycle to its edge. But that linear approach escalates risk, says Rockström. Pumped too fast, diverted too much, pushed too hard, water systems grow vulnerable. They can’t cope with what were once outliers–depletion, contamination, millennial droughts, 1,000 year floods– that are all too often becoming the norm. To better prepare and adapt, he says, water needs “a higher degree of redundancy, flexibility, diversity, backing off from optimisation and linear thinking.”

Sound radical? Actually, it’s less complicated than at first it may seem. “Resilience is about leaving enough wetness in our forests, wetlands, groundwater basins and surface streams to ensure a minimal buffer,” he says. “Every landscape has its unique wetness level. We need to accept that there is a threshold, which you want to keep as a minimum water floor to stand on.”

But why leave such a reserve? Every cubic metre released from a dam or left in an aquifer will reduce the short-term energy, food, or industrial supplies available. His answers sound like a form of insurance. “Tipping point thinking is so important because we as water professionals can no longer rely on predictable patterns or volumes of rainfall. Long term averages no longer hold.”

As a result, we have droughts in São Paulo and Asian monsoons: Rockström believes “resilient cities and nations must become their own rainmakers”. That means they must think about precipitation sheds, sky currents, water towers, and look across borders. Resilience has geopolitical implications. For example, China’s rain depends on Russia’s intact boreal forest. Given the linkages of environmental impacts, he suggests that, just as global trade agreements foster peace, we should also now have global hydrological agreements.

He concedes how some resilience concepts take time to sink in. Take redundancy for example.

Efficiency-loving engineers frown on duplicate systems, or triplicate water sources, that add confusion. National water regulators want to simplify or consolidate the “chaotic mix” of dozens, hundreds or thousands of “balkanised” water systems. Yet all complex living organic systems evolved duplicates (lungs, eyes, kidneys, limbs, branches) to build resilience to injuries over time. Similarly, varied, decentralised, independent and autonomous water entities can often better adjust to socio- ecological disruptions. If one redundant part, or source, of a utility (or the entire utility itself) crashes from a drought, flood, or financial shock, other systems learn, adapt, take up slack, and help it recover. By contrast, if uniform, vertically integrated hierarchies fail, collapse may be irrevocable. There’s no backup.

Rockström helps us think about water systems as living organisms. And in our path to water resilience, bottom- up dynamics meet top-down ceilings. “Any solution should encourage diversity, messiness, redundancy, in utilities and watershed associations,” he says. “But these need to be linked to limits set from above, a scientific regulatory threshold that says ‘enough is enough.’ It has to be a concerted effort. For resilient water systems, we need to embrace a marriage.”

Where might this marriage emerge? One place, says Rockström, is Africa. He supports hydropower and dams as essential technologies, redundancies for storing water. But they make little sense where 95 percent of food is grown on rain-fed farms. So, just as cell phones have helped leapfrog transmission lines, and solar panels have shown an alternative to dirty power plants, Africans may gain more resilience through systemic investments in decentralised water harvesting and small-scale local drip systems, rather than big centralised monopolistic irrigation schemes.

Over the last decade Rockström has seen the word “resilience” rise in stature, diffusing worldwide. It feels gratifying to gain recognition, to be introduced by Al Gore, to become a global force. Yet it also means “we have to be constantly vigilant in defending the term: what it means, and what it doesn’t”.

He has a point. Words like “sustainable” or “organic” or “green” have been diluted by casual use or abuse until they are empty shells. To prevent that, Rockström has published 100 papers on water resilience. Each written and spoken word sharpens
the definition from local to global thresholds. It can get rough. There’s pushback. He often suffers political, financial, and academic setbacks. And the planet keeps getting warmer.

In response, Rockström has to practise what he preaches: absorbing the shocks and bouncing back harder, without losing his integrity, his edge, or his capacity to smile.

Water’s role in the loss and damage climate debate