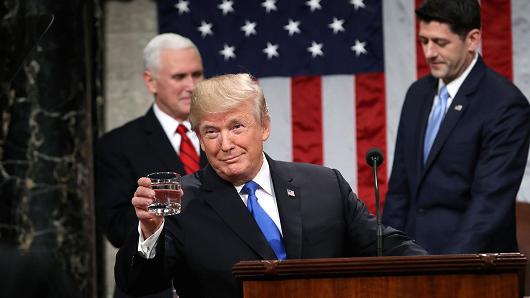 The Trump Administration has signed a bill doubling the federal loan budget for water infrastructure projects in the United States.

Funding of US$63 million (up from US$30 million) will allow the Water Infrastructure Finance and Innovation Act to increase project financing, for which the total amount needed across the country currently stands at around US$2 trillion.

The bill was approved by congress a day before being signed into law by President Trump on 23 March. For every dollar appropriated by congress, The Water Infrastructure Finance and Innovation Act can leverage between 50 to 60 dollars.

Tracy Mehan, executive director of government affairs of the American Water Works Association, said the loan act remains “cost-effective” and is significantly aided by the decision.

“There is a compelling need to replace and expand America’s water and wastewater infrastructure, and WIFIA is crucial to success in renewing these assets,” he said.

The US government has also increased funding for The Drinking Water State Loan Fund to US$1.16 billion – an increase of around US$300 million. Additional funding will also be given to The US department of agriculture’s rural development programme, which includes more than US$4 billion for water and wastewater loans and grants, a increase of US$2.3 billion compared to 2017.

Around US$20 million will be reserved for lead testing in schools and childcare facilities, with another US$10 million to reduce lead in drinking water.