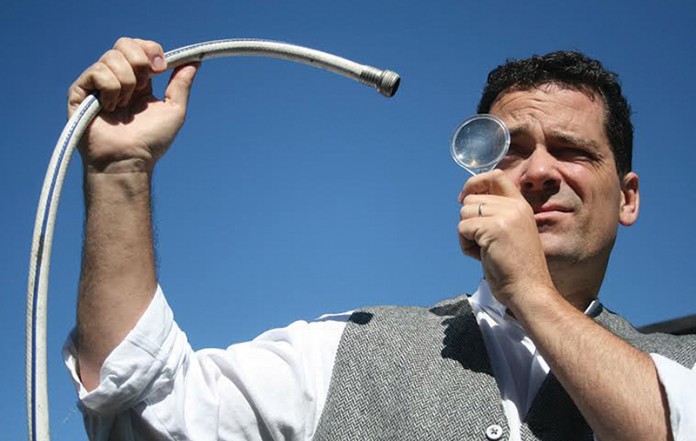 What is water worth?

In one form or another, that question runs through this entire issue. The answer depends on who gets asked – including you.

For some nations, Stella Thomas shows, water is worth whatever energy subsidies it takes to ensure a thirsty urban population remains comfortable and thus stable.
For irrigation entrepreneurs, notes Jeremy Bird, water is only worth as much as the tenure, culture, or social institutions that surround and support it.

Lacking water institutions, Yemeni qat dealers may pump their aquifers dry. Yet as water scarcity spreads, Montgomery Simus points out how a black market price signal suggests water, if owned and traded, is worth far more than irrigated narcotics.

On the international stage, Nick Michell reports, that water has often been not worth inclusion in global agendas. “The true value of water is frequently not recognized,” laments Jörg E. Drewes. Yet people now find the circular economy cannot exist without it.

Thalappil Pradeep felt water was worth years spent developing nanotechnology to rid water of naturally occurring pollutants. His revolutionary treatment approach has begun to scale, selling the poor arsenic-free water worth US$0.0007 per litre.

Water creates life, goes the cliché. Yet under an angry climate, it also destroys. Jonathan Andrews relates how Copenhagen, having been overwhelmed by US$863million in extreme storm damages, is spending twice as much to slow, spread and sink urban water, convering worthless liability into valued asset.

Copenhagen can afford resiliency. It charges, and collects, the highest water rates on earth, while leaking only 5 or 6 percent. Alas, that’s far from the norm. Many cities don’t know or track how much potable water they lose, or where. Many assume (often wrongly) that since water itself has no value in exchange, fixing leaks will cost more than it saves, and is thus not worth the effort. Yet as supplies dry up, citizens, regulators, elected officials, and credit rating agencies are scrutinising every potential source, asking uncomfortable questions, and holding utilities accountable for recovering this precious asset.

With billions of urban water users, and millions of miles of pipes, the scale of today’s challenge is unprecedented and new. But the water loss problem is both common and ancient. It dates back to the first water professionals. The famous aqueducts, siphons, tunnels, sewers, fountains and baths of ancient Rome, it turns out, also sprung leaks. They suffered theft. They cracked, and seeped, and shifted and burst. Each tiny loss impaired the quality and quantity of water and sanitation, much as it does today from Las Vegas to Caracas to Lagos to Jakarta.

For decades, then as now, water simply vanished without a trace, or a shrug. But then, at an undefined tipping point, someone stood up, drew the line, and said: enough. He or she chose not to look the other way, paper over losses, reach for a shiny new legacy project, or stick unwitting customers with bills for water they never used.

Instead these brave water professionals decided to create abundance through the meticulous drudgery of plugging holes and sealing joints. Before blaming users, they held themselves responsible for maintaining a higher standard. They knew water recovery may not be fun or popular: no ribbon cutting, visible plaque or public recognition. Ignorance seldom is. To the contrary, there would be tedious and even dangerous work at night, in obscurity, with resentment from myopic critics.

Yet Sextus Julius Frontinus (or Roland Liemberger, or Mary Ann Dickinson, or, for that matter, you) didn’t become a water professional to seek fame and fortune. We grew fascinated with water’s role in holding life and civilization together. We sensed the worth of water goes beyond cost recovery, or ascending block rate structures, or one-time capital expenditures on a new plant or technology.

We knew water was the key to a world of harmony, decency, equity, health, and liberty. And so, like those precious human qualities, we rediscover each day how the price of water is eternal vigilance.