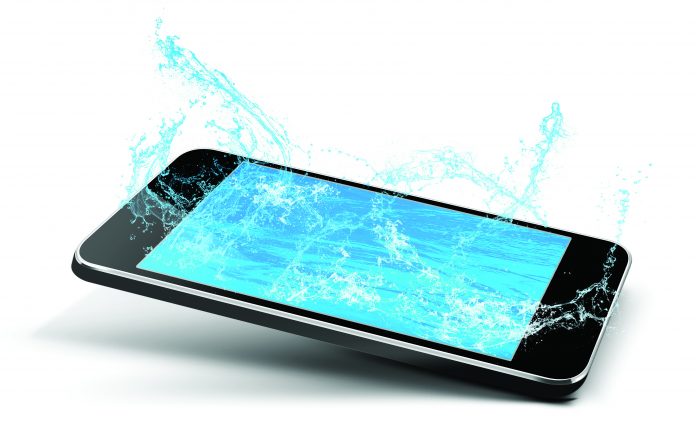 Consumer preferences can inspire big innovations. Waters didn’t want to shorten her shower – not if she could find and stop water being wasted In the midst of historic drought, Keri elsewhere. To empower herself and other homeowners to choose efficiency, she launched her third startup, Buoy.

Her response reveals how smartphone-enabled technologies are altering the way humans use and allocate water. An entrepreneurial app revolution is encouraging personalised solutions to replace the failed one-size-fits-all approaches of the past, and empower people to share data, expand access and boost resilience.

Californian households typically leak about ten percent of water delivered, so Waters’ invention leverages artificial intelligence to eliminate such losses. With a small device that attaches to a home’s water line, a US$799 “Buoy bundle” home kit tracks water use, sends information to a homeowner’s smartphone, and identifies ways to save money. “Budget for the things you love,” says Waters, “and be aware of what you are using.”

Sharing information in itself adds value. A software company, WaterSmart, cites a study that shows how only a quarter of metered accounts feel their “utility is properly informing them about how much energy and water they use, and then correlating that use to both its environmental and economic impact on the consumer.” So WaterSmart, along with rivals DropCountr and AquaHawk work with utilities to fill that information gap.

Still, there are limits to what ‘smart’ systems can do. Information alone may not identify the cause of a leak or, better yet, stop leaks that cost insurers US$10 billion in the US alone. Buoy’s app can notify a homeowner on a phone within a minute, and let users shut off the water remotely. For every natural water monopoly, smartphones open up a diverse menu for accounts to choose from deciding what approach works best for them. “A consumer product is the key to cracking the code on how to get people engaged,” says Waters.

Engagement is especially vital in developing countries, where public institutions are weak, and money is scarce but where smartphone solutions empower freedom.

In rural Africa, freedom comes from safe and reliable daily access to water. Despite repeated efforts to improve water infrastructure, maintaining it remains a challenge. “About 40 percent of all water points are broken within eighteen months,” notes Alex Burton, CEO of eWaterpay. The lack of consistent payments to water operators means that when a break occurs, there’s no ready funds to fix it.

That is the problem eWaterpay is trying to solve. Working in Gambia, Tanzania and Haiti, eWaterpay provides users with a small tag that allows them to open the water spigot, measuring how much water is used. Accounts can be paid from a mobile phone – which 93
percent of Africans own – so workers who maintain the system know they will get paid.

When a pump breaks, eWaterpay sends an SMS text to a technician. He or she quickly takes action because every hour means lost revenue, says Burton, reducing the time to fix problems “from weeks to hours.”

Now, whenever the pump is running, someone is paying. In trials, revenues increased by 340 percent, resulting in a reliable system that encourages the use of clean water, cuts waste and maintains remote infrastructure in a virtuous cycle.

The amount of available information keeps expanding exponentially. So Li Tan designed tools that sort and aggregate the most useful data, doing the work for busy farmers. By providing the location and crop type, for example, the app combines weather forecasts, soil composition, and sensor data to suggest an optimal watering strategy that support’s a farmer’s judgement. “It isn’t just that you are using artificial intelligence to make the decision,” says Li. “You still need a farmer to make the decision.”

Troy Peters, who partnered with Li Tan, notes that small improvements in irrigation can have a huge impact. “Managing one pivot irrigation a little bit differently can conserve enough water to supply water to three or four hundred homes,” says Peters.

Despite their ubiquity, smartphones are less than a decade old. As their power expands, and costs fall, they’re being leveraged to solve water problems that date back centuries.

The range of solutions may be personal. One Apple Watch app tracks your water use while you shower (appropriately called Shower Watch), while a smart shower head sends that data to your phone, flashing red when you’ve reached a pre-set limit.

Other apps play a role in governance. In India, Anu Sridharan has developed a NextDrop app for smartphones, that connects businesses and apartments with water tankers, ensuring more affordable, transparent, and reliable water delivery.

Embracing smartphone solutions involves a change in mindset. Traditionally, water infrastructure had, of necessity, been the domain of large efforts. Building dams, pipes and pumping stations involved large investments. Investing huge sums into infrastructure without a reliable system of payment means people must still spend time finding water and the money spent on infrastructure is lost.

While water conservation meant across-the-board mandates for low-flow showerheads, toilets, and the like, smartphones alter the equation so that those who make the effort can enjoy water, without being punished for the price of waste.

To be sure, these smartphone solutions are often relatively small scale. The opportunities, however, are growing at significant speed. In just a few years, apps have transformed the taxi industry. Water-related apps may not have the same impact but by plugging holes that make water usage difficult and inefficient, they dramatically improve freedoms for people, nature, and water itself.

Water’s role in the loss and damage climate debate