The Source
Brought to you by Trelleborg AB 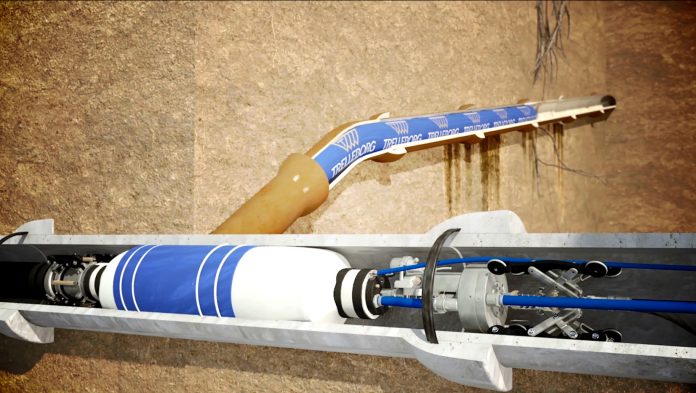 There is an old saying in the Anglo-Saxon world that “a stitch in time saves nine” – i.e. a relatively simple alteration today avoids more intensive repairs or replacements farther down the line.

This certainly applies to groundwater systems, as municipalities, water boards and other network owners are increasingly finding out. In Norwood, a town of 28,000 located just south of Boston, USA, Trelleborg’s pipe seals operation played a key role in resolving the town’s drain system issues before they escalated beyond control, working under the direction of consulting engineer CDM Smith Inc.

Norwood had been experiencing problems with both exfiltration and inflow and infiltration (I&I). The town had an under-drain system located below the existing sewer network. As the network started to age – and to fail – sewerage began leaking from the pipes and into the under-drain system. This effluent was contaminating the local groundwater and waterways. In fact, the EPA recorded E.coli bacteria counts in the range of 5,000 to 50,000 MPN/100ML.

The quantities for each subarea varied, but total quantities for the three subareas were approximately 27,600 ft of mainline, 185 manholes and 490 of laterals to be rehabilitated per subarea.

Fixing the problem would be complex, as a high proportion of the lateral connections were break-in connections that entered the main pipe at various angles. Access was also an issue; many of the surrounding property lots were large and a house could sit far back in its lot, resulting in a long lateral length of about 40 ft on average, and 100 ft in some cases. Norwood, under advisement from CDM, instructed the lateral pipe to be cleaned, inspected and relined from the main sewer pipe. All while minimizing disruption to private property.

A unique challenge called for a unique solution. Until recently, the focus of sanitary sewer rehabilitation has primarily been on relining the main sewer pipe manhole to manhole and sealing the manhole structures. Laterals are reinstated and groundwater is allowed back into the system.

Lateral pipes have often been overlooked as a solution because of the complex nature of this approach. This is where Trelleborg’s expertise in lateral pipe seal solutions comes in. The contractor carrying the maintenance and rehabilitation of the pipes, National Water Main Cleaning Co., deployed the newly evolved and developed Trelleborg Main to House (MtH) system with its capability of lining lateral of lengths up to 100 ft without a cleanout.

The tip of the iceberg

The results speak for themselves. In later assessments, the EPA recorded that Norwood’s bacteria levels had dropped dramatically and were close to zero. Many months on, the town’s ‘seamless’ sewer system has virtually eliminated the town’s contamination issue, substantially reduced infiltration into the sanitary sewer and has provided a ‘new’ sewer system right to the front door of local taxpayers.

However, Norwood’s story is just the tip of the iceberg. As groundwater systems age, problems such as sewer overflows and leakages will become increasingly common. Because of this, the EPA has issued a nationwide consent decree for reducing water pollution and I&I across the United States, with municipalities required to comply with the new standards by 2023.

The excellent outcome enjoyed by this small New England community demonstrates that, with the right solution, groundwater issues can be resolved quickly and affordably. These issues will only worsen over time, so there’s no time like the present.