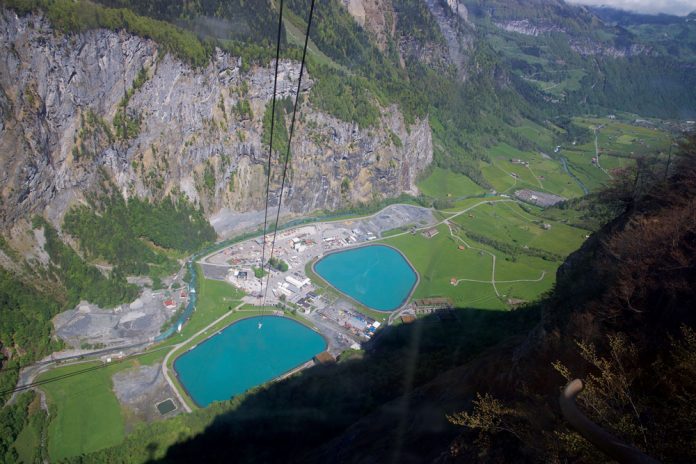 General Electric has swapped out its conventional turbines for variable-speed models that will store and generate far more power at the Linthal hydroelectric plant in Switzerland. The plant is situated 2,490 metres above sea level between two mountain lakes separated by a cliff twice the height of the Eiffel Tower. At full capacity of 910 billion litres, the plant can generate about 1,450 megawatts of electricity, the equivalent of a nuclear plant. While variable-speed turbines are not cheap to build, the efficiency gains outweigh the costs because they offer a key feature that turns pumped storage into a much better battery, with precise control over the amount of electricity consumed and generated. Pumped water storage consists of two large reservoirs of water at different elevations. Water is pumped uphill when electricity is cheap and plentiful, and runs downhill, spinning turbines and generating electricity, when needed.