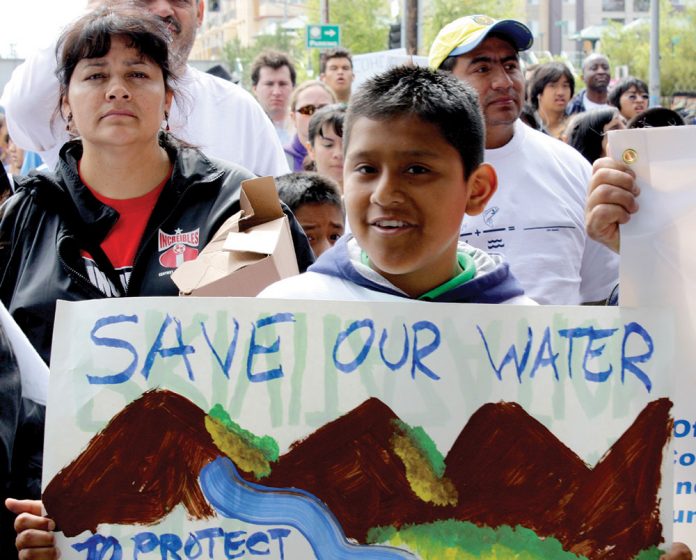 Water has been deemed “unaffordable to many Americans” due to water and wastewater costs rising 41 percent between 2010 and 2015–nearly five times the rate of inflation over the same period–reveals a new report.

“Water is essential for life, but universal access to safe drinking water and adequate sanitation has not been achieved in the United States,” said Amber Moulton, the researcher in UUSC’s Programs, Advocacy, and Action Department, and co-author of the report. “Lower income Americans and those facing economic crises struggle to pay rising water and sanitation costs resulting in shutoffs and other negative consequences.”

The authors of the report argue that real affordability programmes can and must be established to ensure that all people in the US have access to needed water and sanitation services.

Examples in the report include lower-income children “of colour” without adequate sanitation facilities in Alabama who have contracted hookworm, a tropical parasite that is no longer commonly found in the US. Additionally, according to the US Census Bureau, nearly 2 million Americans–many Native Americans, Alaskan Natives, and those living in communities along the US southern border–do not have access to complete plumbing facilities.

Some of the key recommendations to combat this include:
• Requiring regulatory agencies to study and work to remedy the impact of unregulated pollution on the cost of water and sanitation for customers;
• Prioritising and targeting water and sanitation funding to those who do not have it and vulnerable populations first, followed by other investments as needed; and
• Adopting the human right to water and sanitation in domestic law with clear enforcement mechanisms and remedies.