It was a natural response to a recurring problem. Each week, in Kgaugelo Morale’s informal settlement between Hoedspruit and Kruger Park in South Africa, a pump would fail, a spigot would break or a well would run dry. Within the hour, she and other community members would gather to develop and agree on a contingency plan to secure an alternative source.

As problems persisted, this network of individuals scheduled regular meetings to address the looming shortages. They formalised a water-oriented group that consisted of people who felt a deep and enduring respect for water, who knew its economic potential and its fundamental role in their lives.

And they were almost entirely female.

In the past, men were the ones who sunk boreholes, checked the pumps or found solutions. But it was now females who were seeking to balance water supply with demand.

“Men are welcome to sit in and take part. But men do not feel the water problem as we do,” says Kgaugelo. “They don’t do enough. Men are not the ones waiting for hours and carrying the water.”

From Asia to Africa to Latin America, some 200 million girls and women collect, transport and store water. At 50 litres per trip per day, that means females carry 3.65 billion cubic metres of water, or 20 times what’s behind Africa’s Kariba Dam, each year. By hand.

“Water is life,” Kgaugelo Morale explains, pushing a wheelbarrow of empty sturuturu buckets on the way to fetch water in Limpopo, South Africa. She knew this phrase as more than a government slogan, having spent decades managing supplies in order to raise a family.

What’s more, each day brought new water challenges, often due to meddling men. Kgaugelo’s distant borehole hadn’t produced water for months, due to a faulty machine the (male) mechanic hadn’t bothered to repair. Another standpipe failed to pump after its diesel was pilfered for truck engines. A third electric generator sat silent after a gang of men stole its copper wires. “Yesterday no water came when you turn the handle,” Kgaugelo says. “For some reason the man paid to be in charge of the pump decided not to come to turn it on. He just went away somewhere.”

A turning point came after hundreds of women were forced to wait 24 hours at one tap that was supposed to serve 8,000 people. In response, Kgaugelo began to organise 20 women from ten villages at the local Community Development Forum, “to challenge men and push women in” to local water oversight positions.

Her Tipfuxeni Women’s Empowerment Project is not exclusive to women, she says. The meetings simply try to solve problems.

The meetings worked, and the approach spread fast. Similar networks of informal, all-female groups ensure community enterprises–construction, bakeries, schools, hair salons, fruit trees, vegetable gardens, breweries– secure access to the resource their gender depends on. Knowing water is key to every job and source of cash, says Kgaugelo, “our empowerment group discusses ways to raise money to pay for it.”

Today’s thirsty world faces another looming resource crisis, affecting global supply chains. But this new form of scarcity in the water sector arises from a different shortage, of labour. Women are mobilising to fill the void, and find ways to secure a reliable alternative source: each other.

With smartphones and social media, those casual gatherings at the well have become more formally structured and better organised. Women don’t just react to problems, they anticipate and collaborate in advance, forging coalitions, and boosting the ambitions of their sisters in the community.

To see how this transcends geography, class, culture, and sector, consider California: a wealthy landscape kneecapped by drought. Facing scarcity, one potent force to be reckoned with has been the 1,000-member strong Association of Women in Water, Energy, and Environment, “a vibrant volunteer network of professional women” established seven years earlier “as a 501(c)3 organisation to promote the success of women… and the ability to meet and work with other women in our fields that they may never otherwise have had the opportunity to meet.”

Appreciating the nature of resistance in the male-dominated water sector, women in leadership roles know what it took to overcome barriers as subtle as a lack of maternity leave or as blatant as sexual harassment. So now they donate time and discuss contacts and job leads. In ‘Path to Power’ workshops they share experience, insights and lessons with the next generation of females seeking to break in or rise up.

It forms a bond, and triggers network effects online and in person. In ‘liberated’ America, females have not occupied the White House, hold less than one in five nationally elected positions, and make up just one in three Supreme Court justices. Yet on what is arguably the most powerful institution in the western US–the California State Water Resources Control Board–four of the five seats are held by women.

Barriers remain. The path ahead remains steep. One might note how this magazine, and the organisation behind it, are still largely run by men. But Kgaugelo’s network, like the one in California, continues to bring about a change that has been as effective as it is irreversible.

She and other activists know at a visceral level that men appear only to sense in the abstract the value and power of linking nature, investment, jobs, and income in a virtuous cycle. It all comes down to water. “Even traditional beer,” she says of what secure water access can yield. “Yes. It is the women who make it.”

Then she paused and smiled. “But the men drink it.” 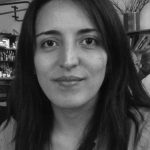 Sandra Lorena Galarza Molina
Graduate student, Bogota, Colombia
As part of a rainwater harvesting project, Sandra has been monitoring the inflow and outflow of water quality and quantity for a constructed wetland and reservoir tank system. “I envisage Bogota as a model for other cities in developing countries,” says Sandra. “By propagating our water researchers’ findings and methods outside academia, we can promote the use of SUDS to make cities like Bogota hydro-sustainable.” 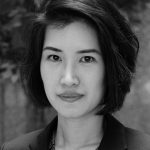 Kwanrawee Joy Sirikanchana
Research Scientist, Bangkok, Thailand
Initially shy, hesitant to engage in class discussions, life changed for Kwanrawee after joining an Engineers Without Borders project to provide water for Nigeria. Kwanrawee says: “Women and children had to make multiple trips each day to obtain water from a contaminated river that was some 3 kilometres away, and caused waterborne illnesses. [But] residents now have access to safe drinking water and also gain income from selling water to other communities.” 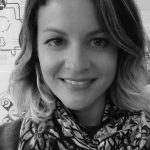 Rebecca Welling
Project officer, Global Water Programme, Gland, Switzerland
Rebecca studied geography, anthropology and ecology of development before finding a home in the water sector. Her initial focus was on health-related water issues through WASH. Building on this experience she decided to go back to her roots to focus on tackling water issues from an environmental perspective. Rebecca now “engages in projects related to water risk management, climate change adaptation, the water-energy-food nexus, natural infrastructure, and ecosystem services.” 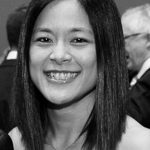 Ina Kristiana
Post-doctoral research fellow, Lausanne, Switzerland
Ina’s research projects push her out in the world to present technology transfer seminars at workshops and conferences in the water sector. She’s been “investigating the influence of certain water quality parameters and distribution system conditions on the stability of chloramine (a commonly used disinfectant in drinking water)”. 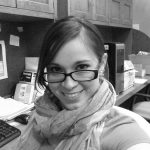 Yazmin Lucero Cobos Becerra
Environmental Engineering Research Assistant, Mexico City
Yazmin collaborates on the experimental design of biological treatment of wastewater and waste-to-energy projects. She has experience in the impacts and anaerobic treatment of sugar cane vinasses, a byproduct of sugar cane processing, and the biological filtration of wastewater containing azo dyes from Mexican textiles. She says: “I would like to work on interdisciplinary projects for industrial symbiosis and on joint efforts involving both academia and industry.”