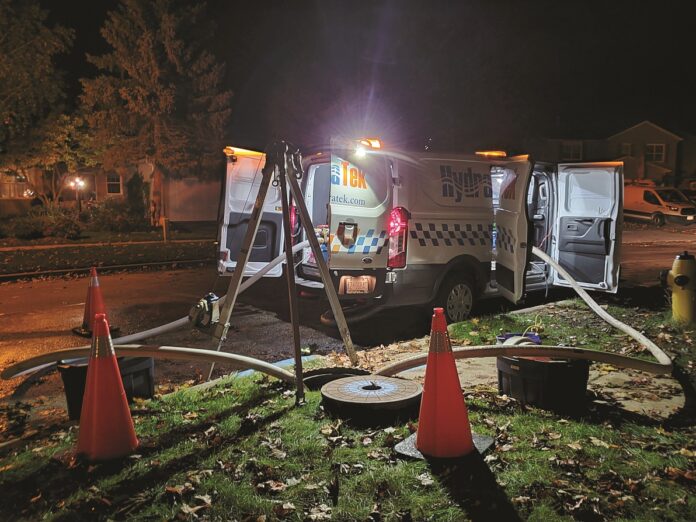 Water loss management practices are not yet widespread in North America, but continue to take hold, and the connection between water loss and energy consumption is helping to raise awareness and develop new tools and methods of practice.

In Canada, the province of Ontario’s Independent Electricity System Operator has recognised this water-energy relationship and is sponsoring a project that uses a mobile unit to collect relevant field data to inform utilities about the performance of temporarily configured district metered areas (DMAs).

This project had several sources of inspiration. Implementation of permanent DMAs can be relatively costly in Canada, because of the depth at which water mains are buried to avoid the impacts of frost penetration and freezing, and to the market for such services. It is therefore increasingly important to make such investments where they will be most beneficial. This, in turn, requires field-based information.

While temporary DMAs are common in the industry, they typically rely on portable flow measurement technologies. The detection limits of these may not capture the relatively low flow velocities that can occur in North American water main networks, where the size of distribution mains is more often dictated by relatively high fire flow requirements, rather than domestic demands. As well, temporary measurement of flows in DMAs does not provide insight into the pressure dependency of flow, which is also helpful when characterising DMA performance.

The mobile unit used for this project addresses the above issues by employing in-line flow metering devices that have sufficiently low detection limits to affordably and reliably capture minimum night flows (MNFs) in small DMAs. It also contains a pressure reducing valve (PRV) that can be used to directly measure the impact of pressure reduction on flow reduction. It can be connected to the system by way of taps within an underground chamber, or at hydrants, on either side of an isolation valve.

Certain practical matters had to be considered to successfully deploy the mobile unit. For instance, given the hydraulic loss characteristics of the installation, involving hoses, as well as the piping and devices in the mobile unit itself, deployment was generally limited to the overnight period of midnight to 6am. As a result, measurements are restricted to MNF as well as observation of the flow patterns during that period. Also, the impact of automated irrigation systems can be considerable, particularly in the Canadian context, so, generally, restricting testing to the period of mid-October to mid-May. For this project, testing was also restricted to predominantly residential neighbourhoods for purposes of establishing relevant benchmarks and recognising the predictability of demands from this consumer type. To ensure reliability of results, multiple (typically between two and four) test nights were completed at each location. As is typical for temporary DMAs, planning and site preparation proved critically important in reducing the level of effort required on the nights of testing and in assuring the quality of the results. 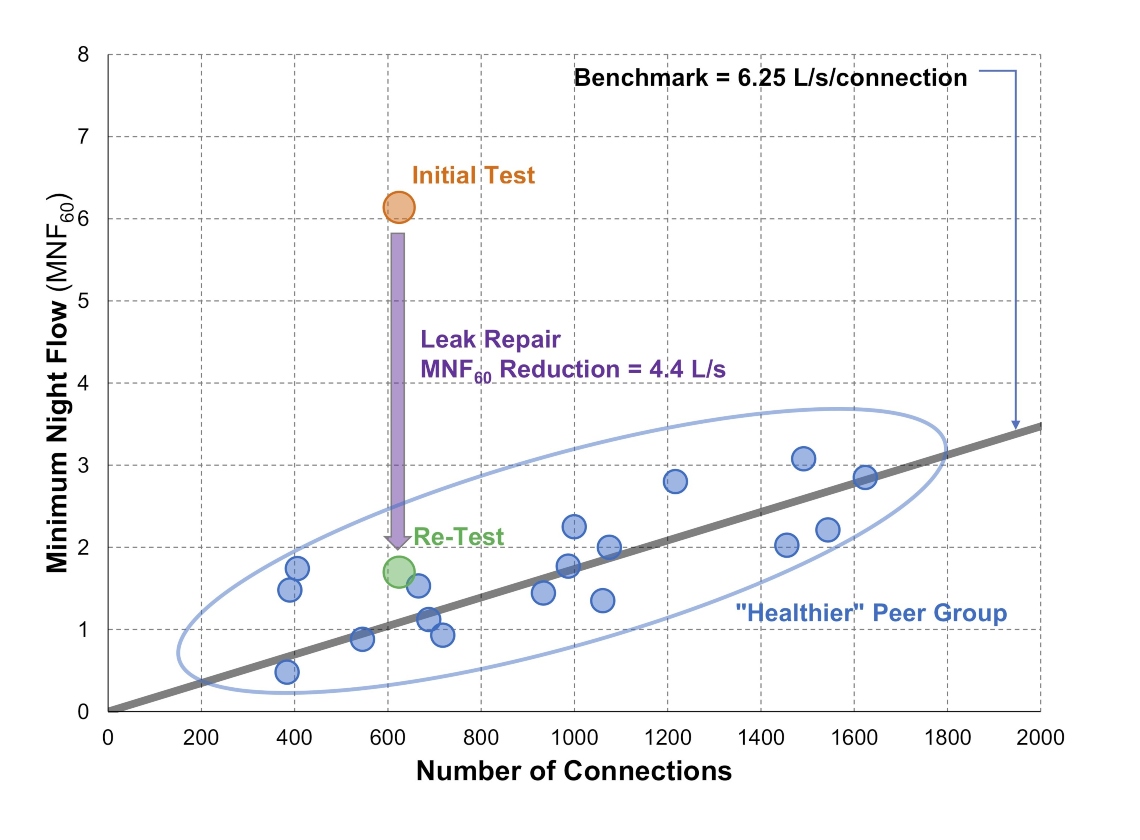 In addition to MNF measurement, use of pressure cycling – the switching back and forth from normal operating pressures to reduced pressures using the PRV – allowed for direct measurement of pressure-dependent flow and estimation of the ‘N1’ value used in calculations linking leakage and pressure. The concept of pressure cycling over the course of any single night, introduced to the project by Dr Ivan Stoianov, of Imperial College London, negates any day-to-day random variability in measurements, and has yielded reliable and insightful results on the pressure-leakage response of each DMA.

The project commenced in the first half of 2019 and is scheduled for completion in the latter half of 2021, at which time a final report will be made publicly available. Involving eight participating municipalities and more than 20 test sites, the project has accomplished several objectives, including proof-of-concept and the development of benchmarking metrics (relevant to the Canadian and North American context) that can be used to assess the performance of a DMA relative to its ‘healthier’ peers.

During the project, one of the poorly performing test sites – as identified by its relatively high measured MNF, indicating excessive leakage – was surveyed, and a significant leak was found and repaired. The subsequent re-testing of the DMA revealed a performance level near that of its well-performing peers.

The measured and verified reduction in flow of 4.4l/s translated into an annual water saving of approximately 140Ml and an energy saving in excess of 100MWh. Quite importantly, the financial saving to this utility is calculated to be CAD425,000/year at the time of testing’s prevailing rates (noting that the utility purchases its water from neighbouring jurisdictions). This has more than offset the investments made into this project, on top of which comes the longer-term value of the benchmarking data, availability of the mobile unit for future deployments, and overall awareness generated.

Furthermore, the post-intervention performance results in terms of measured MNF and pressure-cycling observations provided the utility with reliable evidence to reconsider, and ultimately defer, implementation of a relatively costly permanent pressure management system for this DMA, affording it the opportunity to further assess more of its system and redirect investment accordingly.

The mobile DMA testing unit is another diagnostic tool in the water loss management toolbox, and an opportunity for utilities to collect the necessary performance information from its systems for the purposes of informing, prioritising and planning investments. •

For more information about the project, including interim and final results, see: www.hydratek.com/mobile_dma_testing