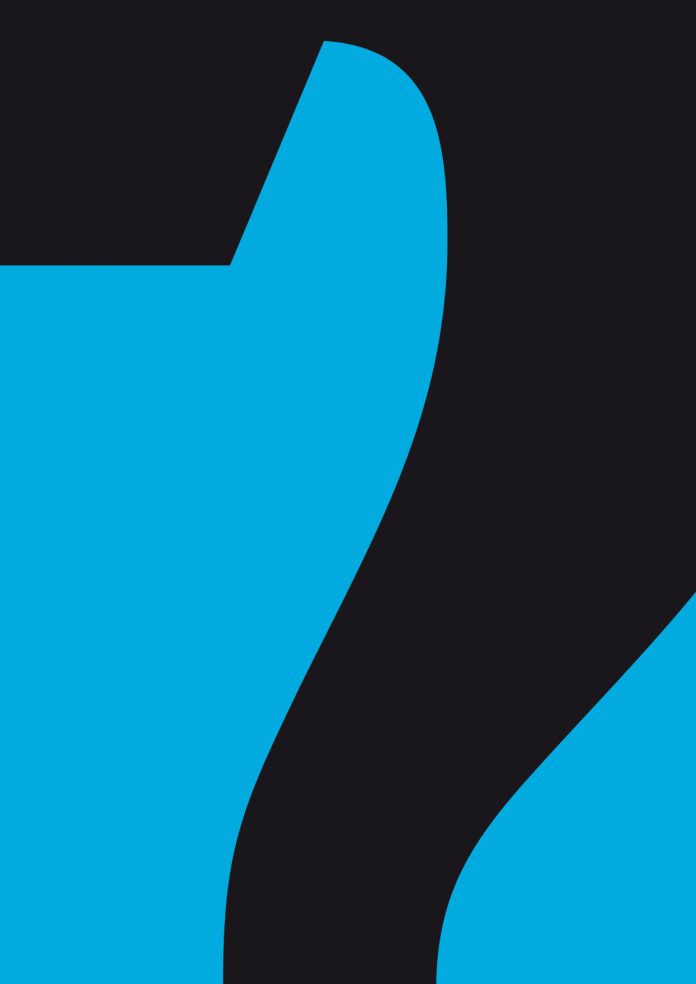 “As one of the most recent attempts at billion-dollar hydro-eco-utopia, what should Masdar do to fulfil its promise as a green city and avoid becoming a neglected arid ghost town?”

“From an urban planning perspective, the long-term viability of Masdar City depends on approaching it in the context of the broader Abu Dhabi metropolitan region of which ultimately it forms only one district. It would be a mistake to view Masdar City exclusively as a demonstration project for a self-sustained “eco-city” or walking city. Masdar City will be sustainable if it becomes one viable part of the metropolitan regional labour and housing market. This will depend on several factors that can only be addressed at the metropolitan and indeed national level.

These include connecting Masdar City to the metropolitan area through transportation infrastructure (as envisioned in the Urban Planning and Transportation Master Plans); now that Masdar City is dependent on the public grid for water and electricity, management of water supply and expanding desalinisation at the UAE level will be critical to Masdar’s future. Finally, it will be crucial to allow the forces of market demand and supply for residential property and commercial land in Masdar City as a way to gauge the economic viability. Maximising the flexibility of land-use can ensure that the innovative designs remain sustainable over the long-term.”

“New developments provide us with an opportunity to link climate adaptation and resilience to liveability. As a recent attempt at imagining a new city, Masdar City however, easily fails as a megastructure rather than becoming a place for people. Working with existing cities we are constrained to the phase of retrofitting but climate adaptation projects provide opportunities to green streets and spaces and thus improve walking, cycling and play conditions in the city. People do what the environment compels them to.

When building new cities, we can rethink development processes from the start rather than living through the mistakes we have made in existing cities since the 1960s. A new city project should be considered, not as an infrastructure project, but as a liveability project. The city must consider making a place that is inviting and green, with attractive places for people to live, work and play while providing necessary infrastructure as an enabler. At Gehl we promote a flexible urban approach to development that carefully consider public life programming of the spatial networks as a starting point for green hydro strategies, thus becoming the DNA of a place.”

“In 1958, when I was 9 years old, I visited the Monsanto House of the Future at Disneyland. It changed me–science fiction becoming reality. No doubt Masdar does the same, fostering faith that sustainability exists. By 1967, the House of the Future was gone, a casualty of the future becoming the present and theme park economics. Of course, cities aren’t theme parks. Cities aren’t designed “things” at all. Spiro Kostof said it best when he warned against “the tendency… to see urban form as a finite thing, a closed thing, a complicated object… A city, however perfect its initial shape, is never complete, never at rest.”

What should Masdar do? It could remain a sort of sustainable- technology theme park, inhabited by true believers–something like Walt Disney imagined for his abandoned “Experimental Prototype Community of Tomorrow” (only the acronym EPCOT survives).

Or, it could stop trying so hard to control the shape and performance of every aspect of the city and trust more in the bottom-up innovations of its citizens. Rather than hoping top-down designs might someday ‘come to life’ as a city, perhaps thought should go into enabling a more viral process (within and beyond its walls) that leads to real people adopting small and large innovations in Masdar and other cities worldwide.”

“It was with great anticipation that I greeted the original vision for Masdar–an exemplar of sustainability in one of the more inhospitable of environments. Its spatial design consists of predominantly pedestrianised public realm for enhanced micro-climate, built on a podium with autonomous vehicles servicing subterranean personal rapid transport (PRT). Constructed oases supported by wastewater recycling serve as productive landscapes and air moisture condensation harvesting, another traditional water source of desert communities, implicit in buildings. Many have said that the GFC has killed the dream.

Masdar could continue to pursue this vision by prioritising investment in infrastructure adaptable for future innovation. Ten years ago, an autonomous vehicle costs over US$1 million. They are significantly less now and will be ubiquitous. The podium is the enabling infrastructure for pedestrian-friendly above-ground environments sympathetic to the climate while enabling subterranean PRT. I think of water infrastructure in the same vein. The proof-of-concepts for zero wastewater discharge, water- energy-food industrial ecology and fit-for- purpose water production are already secured; embracing them at scale requires flexible infrastructure and systems that can continually adapt to innovation and disruptive technology.”

“The tabula rasa approach to developing cities is very difficult, if not impossible, to do successfully. Often, the beautiful drawings of bustling streets are never realised. To avoid becoming a neglect arid (and expensive) ghost town, Masdar must remember that the driving purpose of cities is to support people. When cities or new master developments are created with any other priority, such as becoming the first carbon neutral eco-utopia, strategies become centred around the built infrastructure rather than the social fabric that gives it meaning.

Moving forward, efforts should focus on how to make Masdar more livable. One way to do this is to conduct surveys of community organisers, employers, policymakers, and residents of nearby areas, asking what amenities they look for when choosing where to locate both their businesses and their homes. Findings from these surveys can illuminate what types of amenities may be needed and how different entities might be able to collaborate with one another, supporting the emergence of new agglomeration economies. When cities focus on the people rather than the utopic, drawings are much more likely to become reality.”

“Cities like Masdar are like a new battleship. Design of the ship starts with the mission. Then the designers configure a thousand details to make it semi-autonomous–able to operate beyond the horizon of supporting infrastructure. They design it for efficient use of water, energy, space and food. They make room for the needs of hundreds or thousands of crew- members who each have assignments to maintain and operate the ship.

But Masdar is not a battleship–it intends to be a living city. Living cities grow from the bottom up. They are the culmination of a thousand dreams and ambitions of individual people over time. Living cities self-organise, grow and evolve. They are messy. They persist through good times and tough times for a long time because people care about them. They care because the city is the physical manifestation of their dreams, their experiences, and their dramas.

If Masdar has water, then there is hope. Invite students, refugees, and artists to create a new life for themselves. Invest in their dreams. Ask them, ‘Where’s the best place to fall in love in Masdar?’ Make more of those places.”

“No one knows exactly how to solve the challenges we face, especially under a changing climate. But, an urban setting designed without consideration of the local environment or societal needs inherently creates barriers to success. Integrating natural conditions and social needs with emerging technology can help Masdar achieve its goals.

Masdar City is a living laboratory and as part of a new development in an emerging urban area, has the potential of embracing new, sustainable technologies and practices, serving as a template for future sustainable cities. To shine, Masdar needs to integrate the social and the natural environment in order to create a place where people desire to live, work, and play. In order to do this, we must expand our guiding principles to include more than just reducing a carbon footprint—we must empower society; establish an enabling environment to initiate a rapid, social change; and make sustainable principles a habitual daily routine. Funded by the US Forest Service, currently we are developing decision support systems which identify pathways for emerging areas to become livable cities of the future through low- impact and green designs which contribute to a greater quality-of-life.”

“The design of Masdar is providing innovative, technological solutions to pressing environmental issues but the city will only be successful if the ideas are embraced and adopted by people beyond the city’s boundaries. For this to happen much closer collaboration and engagement with the people of Abu Dhabi will be needed.

Understanding the relationship between technology and human behaviour is critical to the long-term viability of the city. Social scientists should be as fundamental to the project as engineers and urban planners. Technologies need to be flexible to account for changing market conditions, scaleable to allow the city to grow and change, and adaptable to allow for innovation and user preferences. The UAE consumes more than double the global average of water. Masdar’s indoor and outdoor water efficiency techniques are a good starting point for transfer of knowledge and practices to neighbouring communities.

Masdar is focused on attracting businesses and students, both of which tend to be transient. Attracting long-term residents will require a broader mix of people including a greater percentage of local residents along with affordable housing and cultural amenities.”

“With the ubiquity of “fake news” and a prevalence of credibility gaps surrounding the scientific sphere, it is important that Masdar City move forward with plans that are realistic and fact-based. Masdar’s planners must be straightforward in assessing its future with corporate and university partners if it hopes to maintain credibility.

The best prognosis for the survival of Masdar City would be to tone down its goal of being an eco-topia into something more realistic. Masdar might never become the eco-topia of 45,000+ residents and 1,000+ manufacturers, but it can salvage its mission by exporting to other parts of the world its cutting-edge sustainability research on energy, water, transport and architecture. Masdar’s example could encourage planners to retrofit existing cities or plan new developments. Masdar could continue to attract and train students and researchers who in turn would export the lessons learned.

Another lesson from Masdar is that top-down planning may never be as fruitful as bottom-up. Planning a new city is a very tough task, especially without knowing its future residents or other stakeholders. Successful communities grow organically, but they can still benefit from best practices developed in forward-looking experiments like Masdar City.”