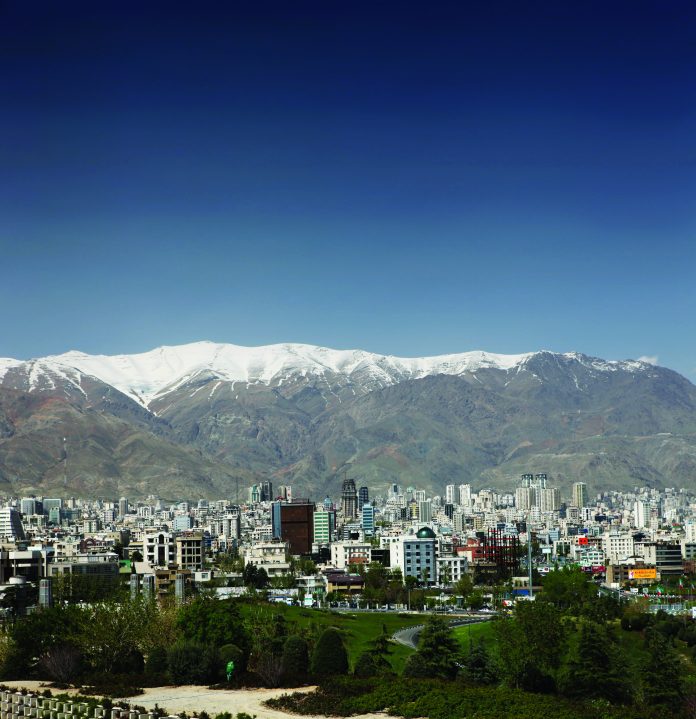 Water visions precede action. Yet it’s easy to offer “building blocks” to plan “sustainable urban water systems” that inform and govern “resilient and liveable cities.” What’s hard is showing how and where to implement such an ambitious and judicious framework on the ground.

How can water professionals align theory with practice? To find out, The Source set up a test.

Our IWA colleagues recently established seventeen Water-Wise Principles under four levels of action (see previous article on page 28), robust enough for any city, at least on paper. Of course, people don’t live on paper. By 2030 some 6 billion of us will live in cities growing increasingly hot, dry, and crowded.

So we raised the bar. We chose and arranged alphabetically 17 volatile cities–each faces acute water insecurity in geographically distinct regions, caused by historically unique forces and in our opinion, each is broadly representative of urban water crises shared by all–and then we tried to mix and match each principle to a city, to test theory against practice.

We came up with the following, which we hope is both pragmatic and useful. But you be the judge, and feel free to rearrange the cities in any order, or send your own examples to the editor (editor@thesourcemagazine.org).

1. Replenish waterbodies and their ecosystems

Challenge: As the city’s average annual 578 millimetres rainfall declines, its dependence on groundwater brings risks of its own. In the 1960s, hydrologists recall bubbling springs and rice paddies across an area half the size of Belgium, now paved over, built up, and ringed by seven roads. Since 1990, the city has doubled from 10 to 20 million people, and sucked
down the water table 100 metres in that time. Municipal treatment plants and a massive water transfer scheme are locked in a race to meet demand. China’s former water resources minister Wang Shucheng  once warned that at current rates of extraction, cities like Beijing will run dry in 15 years. He said that eleven years ago.

Application: China’s capital must take from, and discharge to the polluted Yongding River only what the natural basin can give or absorb, reduce groundwater extraction to renewable levels, and protect ecosystems from run-off

2. Reduce the amount of water and energy used

Challenge: After two years of record low rainfall, Mayor Patricia de Lille announced in March that South Africa’s Mother City of nearly 4 million people has 80 days before it runs out of water. Theewaterskloof Dam and five smaller reservoirs hold less than a third; the last ten percent is unusable. “We are in a real crisis,” de Lille told Bloomberg news. “People will have to change the way they are doing things. You can only save water while you have water.”

Application: Rather than blame tourists, informal settlements, and firefighters, the Mother City’s residents must curb their addiction to lawns, car-washing and swimming pools, thus minimising the amount of water taken from storage, and the energy required to move and treat its urban waters.

Challenge: The 700,000 people of Palestine’s largest city face a shortage from several directions. The vital aquifer has suffered partial saline contamination as rapid freshwater
depletion is replaced by seawater seepage. Bombs in the ongoing war with Israel have damaged US$34 million of Gaza’s water infrastructure, undermining the already thin, leaky
network of reservoirs and pipelines. Customers, 80 percent of whom depend on aid, can rarely afford even subsidised water rate tariffs.

Application: Right now, scattered rain falls on hard surfaces, wasting runoff that has nowhere to go. Devolving funds and authority to local management could help capture, recover, and upcycle these and other diverse sources of water with treatment that matches “fit for purpose” water.

4. Use a systemic approach integrated with other services

Challenge: Turkey’s ancient city of 14 million people links Europe and Asia, but struggles to bridge the escalating gap between the supply of and demand for safe water. The city strives to control pollution, taking precautions at industrial zones and business districts. Each month it purifies ten million cubic metres of water in a hundred wastewater and drinking water stations that are monitored online with broadband technology.

Application: Istanbul can consider different parts of its water system–waste, energy, nutrients–as a whole, to reduce and reuse while improving services costs.

5. Increase the modularity of systems and ensure multiple options

Challenge: Activists blame World Bank privatisation, engineers blame neglect and corruption and officials blame uncontrolled sprawl. But all agree Nigeria’s megacity of 21 million people, built on a lagoon, suffers water insecurity. The Iju and Adiyan treatment plants are in disrepair. The system is understaffed and people are under-trained. Only 10 percent of the
city has secure access to safe water from a creaky public system. The rest rely on private suppliers, drill boreholes, or tap illegally into pipes. Age, stress, and such makeshift connections combine to create perhaps the world’s highest  non-revenue water rate, where more clean water is lost than reaches homes, schools, hospitals and industry.

Application: “The city’s water and sanitation sector has deteriorated to this point because of the way it has been managed for many years,” says UN special rapporteur on water, Leo Heller. To reverse this vicious cycle, Lagos can build in redundancy, of resource, treatment, storage and conveyance options.

Challenge: In this coastal, tropical capital of 10 million, when it rains, it floods. That poses a clean water challenge, made worse by underground construction that obstructs and intercepts the flow of groundwater down to 60 metres deep. The lack of absorption reduces storage and causes an acute local dry season drought. Urban environmental technology chief Arie Herlambang warns: “Jakarta citizens will be hit by both flood and a lack of clean water in 2025.” City residents spend US$11 a month on kerosene to boil water, while contentious water privatisation remains tangled in courts, first ruled illegal, “negligent in fulfilling the human right to water,” later overturned on a technicality.

Application: This is no mismatch. Earth’s biggest desert city, after Cairo, lacks a big river. Yet in March 2017 even Lima suffered from lethal downpours that flooded outlying neighbourhoods. By designing integrated drainage the city can slow surges, sink runoff, and release rain to recover from drought or deluge.

Challenge: Mexico City rose from the ancient Aztec capital, built on a lake. Today 22 million residents suffer a water delivery system that leaks 40 percent yet still drains the aquifer beneath their feet. As the ground has sunk 40 feet over 50 years, tilting churches and buildings, government ads warn the city may soon run out of water. With one water truck delivery service per 2,000 people, many grow more frustrated, threatening “mini-revolutions.”

Application: Carefully selected roofs, walls, surfaces, roads, and urban furniture can prevent the release of pollutants when exposed to sun and rain. While capitalntensive, rainfall capture and storage could secure 10-30 percent of Mexico City’s needs.

Challenge: While Russia holds a fifth of the earth’s freshwater reserves, pristine Lake Baikal lies 4,300 kilometres away and over mountains from these 13 million people. Vladamir Putin has warned that Russia “prodigally and inefficiently uses its national wealth–freshwater.”
Groundwater tables have plunged 90 metres from exploitation; water quality poses worse risks. Factories withdraw 60 percent of water, but Soviet-era treatment plants deteriorate faster than they can be upgraded, repaired or replaced. As a result, only 1 percent of urban  water meets high standards; the rest requires further cleaning.

Application: Moscow’s water tanks are exhausted, in what Russian scientists call “the only big city in the world without a reliable water source.” But the city can share the water resource in proportion to users who contribute to the basin’s economy.

11. protect the quality of water resources

Challenge: Water provision is a daily struggle for 25 million people, and the collision of heat, thirst, and crowds make matters worse. Last year protestors sabotaged Munak canal,
which diverts northern rivers to meet the water demands of 55 percent of India’s megacity; weeks of shortages exacerbated the already anemic pressure, unreliable taps, chronic leaks, and declining production from water treatment plants like Wazirabad and Chandrawal. One  in four affluent landowners rely on secure, private wells, but fights escalate among the millions who fight over water tankers, or the one in five forced to drink fetid water.

Application: Nicosia can absorb and minimise both kinds of radical flux, drought and deluge, if it invests in warning systems, riparian flow regimes, and basin vegetation.

Challenge: In Yemen’s capital, the World Bank reports that less than half of the 2.2 million inhabitants receive piped water, the rest pay 5-10 times as much for water from tankers, and 60 percent is lost through leaks. The city’s rising population, shrinking rainfall, escalating tensions and falling groundwater tables converge against a backdrop of war. Peace would only increase irrigation of the narcotic qat, which sucks 40 percent from urban basins. As the
city is two kilometres above the coastline, desalination is out of reach.

Challenge: The warm, arid climate of the United States’ eighth-largest city attracts millions from far and wide; it must also import water from equally long distances in Northern California and the remote Colorado River. To offset low aquifer levels, erratic precipitation and an imbalance of supply and demand it must increase residential water rates, in part to pay for a massive desalination plant.

Challenge: Brazil holds 12 percent of the world’s fresh water, yet paulistanos face “hydraulic collapse.” Water rationing and pressure reduction recovered 22 percent, yet vital reservoirs have fallen below 15 percent, leaving six months of water in the system. Civil society groups complain that municipal, state and federal officials haven’t been aggressive enough, given the severity of the problem, though authorities have offered discounts on water bills for voluntary reductions in consumption.

Challenge: As Iran’s capital swelled to 14 million people, it stressed existing supplies, 60 percent of which came from dams on the Lar, Jajrood, Karaj and Latyan Rivers, and 40 percent from groundwater. The city suffered a sharp fall in water security, with depleted sources, reduced pressure, enforced rationing, and safety issues over quality. If current stress trends continue, Iran Energy Minister Hamid Chitchian warned: “The water-security problem is very serious in Tehran and needs to be addressed immediately.”

Challenge: Despite its pristine image, growth potential and natural resource wealth, Mongolia’s capital faces a severe crisis in water quality and scarcity, according to an Asian Development Bank report. The city holds half of the country’s population but its groundwater has been overexploited by urban and rural pumping for industrial and mining interests. Residents on the outskirts, lack connections and must buy pricey water from kiosks or fill buckets from a diminished Tuul River, which has been polluted by the disposal of untreated raw sewage.

Application: By integrating water in city planning, the city can link multiple sources with urban parks, roads, energy and waste  so that efficiencies and synergies arise from a
more coordinated approach.