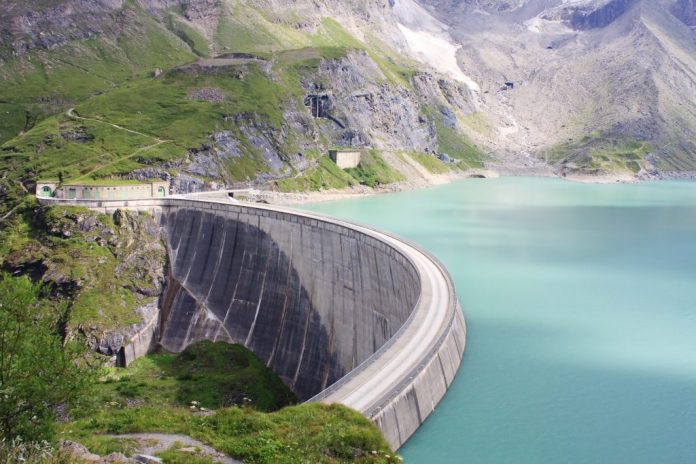 Climate change can no longer be ignored. Despite the current US Administration downgrading the threat of climate change in its National Security Strategy, in the wake of hurricanes Harvey, Irma and Maria – to name just a few – even the most staunch climate deniers may be starting to acknowledge reality. In an increasingly energy-hungry world, climate change is a major driver to develop clean (or at least cleaner) energy. Renewable energy has gone from a novelty to an essential and growing part of most energy portfolios globally.

This doesn’t mean that all renewable technologies come without risk. We know that water and energy are inextricably linked through the nexus between the two, and that trade-offs are often necessary in order to achieve a desired outcome. One of these points at which water and energy meet is in the controversial world of hydroelectric power.

A clean energy powerhouse?
Hydropower is a major player on the world renewable energy stage, responsible for around 16% of global electricity production[1]. Capacity is predicted to increase in the short and medium terms, and for good reason; the emission intensity of hydroelectric power is extremely low, with average lifecycle emissions of 4 g CO2eq/kWh, compared to 12 g for wind, 16 g for nuclear, 48 g for solar PV, 840 g for oil, and a whopping 1,001 g CO2eq/kWh for coal.[2]

This is a no-brainer, surely? With climate change presenting such a looming, destructive and ever-present challenge to our society, why would we miss an opportunity to generate the greatest amount of energy for the smallest carbon footprint?

Unfortunately, hydropower can come with high costs, and not just in the financial sense.

A strain on vulnerable populations
Unsurprisingly, the socioeconomic issues arising from or exacerbated by hydroelectric dams tend to hit already-vulnerable communities the hardest, further contributing to the rising inequality between rich and poor. An issue that is being compounded by, you guessed it, climate change.

In Canada, indigenous communities often face the brunt of the negative impacts created by hydroelectric projects. The massive Muskrat Falls dam project, scheduled for completion in 2019, is a current source of concern, largely due to the predicted bioaccumulation of the neurotoxin methylmercury (MeHg) in man-made reservoirs on newly-flooded soils. This is a lesser-known, but common risk of hydroelectric projects, and poses a serious health risk to Indigenous communities near and downstream of the dam.[5]

Dammed if we don’t?
Hydroelectric does have benefits beyond renewable energy production, however. Increased availability of irrigation and potable water, improved reliability of local electricity supplies, flood control, and the associated economic multiplier effects can benefit local populations.

This is where the entanglement of water and energy becomes difficult to unravel. Dams can have dire impacts on flood and drought conditions in affected areas, but so too can climate change. It appears that we’re damned if we do and damned if we don’t (believe it or not, pun not intended).

While the macro-scale effects of greenhouse gas mitigation may be largely positive, the micro-scale effects are very specific to the region in question. Attenuating these risks lies in performing extensive impact assessments, engaging stakeholders and tailoring projects to the needs and vulnerabilities of local communities.

Navigating the nexus
On a global scale, we still have a high dependence on fossil fuels, and we need to replace coal and oil with cleaner alternatives wherever possible. Hydroelectric energy has very low average emission intensity, and is likely to play an important role in energy portfolios in the short and medium terms whether we like it or not; hopefully complimented by other renewable energy sources.

Proposed dam projects should be met with scrutiny. They should have extensive impact studies performed, and be located in places where, not only will environmental damage be limited, but where populations already feeling the most severe effects of climate change will not be further disadvantaged by new developments.

Hydropower is an important piece of the climate change puzzle, but let’s always approach it with caution.

erikays - July 25, 2022
0
The Copenhagen edition of the IWA World Water Congress & Exhibition will be with us shortly. Based in the fantastic facilities of the Bella...