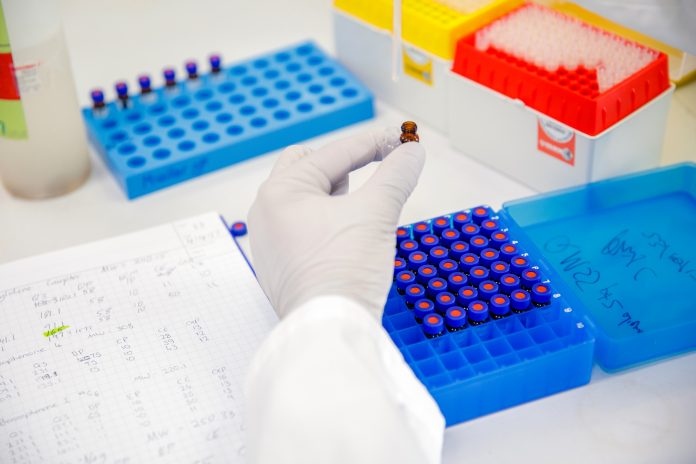 Wastewater researchers are assisting drug enforcement officials to reveal patterns of illicit activity flushed from neighbourhood toilets but is this a role the water sector should pursue? By James Workman

By investigating dirty pipes to clean up city living, water professionals have begun to help health and law enforcement officials track the dangerous abuse of controlled substances in near real time, opening a promising new front in the domestic ‘war on drugs.’

The effort has enlisted trained researchers in more than a hundred cities from Brisbane and Berlin to Boston and Barcelona. Chemists collect samples from wastewater treatment plants (WWTPs), then analyse them for traces of opioids, amphetamines, cocaine, MDMA (ecstasy) and crystal meth.

In university labs, and in some cases within private companies, researchers are studying strains broken down into parts per million, and dividing the result along demographic areas of the population served. They can then discern levels of concentration, yielding rich and remarkably granular data that help officials more effectively focus on preventative steps.

Each effort zeros in on a place-specific issue. The Biobot team has developed proprietary, automated sensors and analytic systems to help cities map and visualise America’s current deadliest health epidemic. The firm’s Opioid Consumption Monitoring (OCM) Program “reveals a democratized assessment of opioid use, providing aggregated, anonymised, and unbiased insights into the health of communities.”

Biobot claims to have ‘cutting edge’ intellectual property and seeks first mover advantage for what Ghaeli calls the “untouched US$400 million market.” The technology to detect, isolate and analyse microbial strains in sewage was once a specialized and rarefied field. But in recent years it has grown to be more affordable and accessible. Yet as this private venture seeks to attract clients who run cities above 100,000 people, it is facing competition from wastewater professionals in universities and urban government itself.

The EU drugs agency, for example, has funded a large consortium of laboratories (SCORE group) to compile illicit drug estimates working with more than 50 European cities. Released in early 2018, the study’s findings found methamphetamine usage highest in Cyprus, eastern Germany, Finland and Norway. Cocaine, on the other hand, was both on the rise and most concentrated in cities in Belgium, the Netherlands, Spain and the UK.

Surprising almost no one, wastewater epidemiologists confirmed “cocaine and psychedelic MDMA (ecstasy) levels rose sharply at weekends in most cities, while amphetamine use appeared to be more evenly distributed throughout the week.”

A third parallel effort is unfolding down under. The Australian Criminal Intelligence Commission has funded a joint UniSA and University of Queensland (UQ) programme to monitor and report community consumption findings on drug use by 14 million people, in 50 different wastewater treatment sites nationwide.

Their analysis did more than confirm crystal ‘meth’ or ‘ice,’ to be the country’s most prevalent illicit drug, smoked or injected. It showed Adelaide residents reportedly use about 80 doses per 1,000 people a day, three times higher than average.

Behind the pithy headlines, notes UQ research leader Jochen Mueller, is serious labour that demands painstaking detail. Wastewater analysis requires skills in liquid chromatography and mass spectrometry in order to measure and interpret the concentrated residues. Research teams in Australia had to gather and ship (at high courier prices) some 4,000 bottles of wastewater, holding untreated, acidified, and biocide-treated influent and effluent. Private and public water professionals form a cornerstone for such coordinated analysis.

“This kind of work requires close collaboration with wastewater treatment authorities to allow us
to sample wastewater influent and provide us with the necessary information about the catchment in order to more accurately calculate our estimates,” says Dr. Ben Tscharke, a postdoctorate researcher at UQ.

Tscharke’s group has detected multiple classes of compounds. These include “herbicides and pesticides, personal care products and pharmaceuticals, illicit drugs, poly-fluorinated alkyl substances, health markers such as vitamins and food biomarkers and plasticisers (phthalates and their metabolites).”
It’s a cocktail of chemicals, which – thanks to innovative technology – also yields rich data.

Three roadblocks inhibit the analysis of drugs in wastewater. First, drugs are often, almost by definition, unstable. “If it degrades quickly it will be difficult to detect,” says Tscharke.

To mitigate the risk, his team adds preservative to prevent degradation post-sampling, and is pioneering “real in-sewer degradation experiments where we spike drugs into a pilot sewer and test the degradation rate to ensure our estimates are the most accurate.”

A second issue is concentrated volume. The drug or metabolite has to be excreted at a high enough rate in urine to be detectable and soluble in water. Low doses of a drug, or few users in the population, may effectively dilute the sample to a level where detection is impossible. The technology applies less readily to raw cannabis than pure, refined chemicals.

Third, the certified reference material has to be commercially available. “Our methods are very specific to each drug,” Tscharke explains. “To have the highest confidence in the data, we require the analytical pure reference standard which allows us to accurately identify the drug and its concentration.”

The unlikely alliance began a decade ago. It grew by necessity and came through the back door, after the traditional front entrance appeared slammed shut. A man’s private home is his castle, so authorities struggled to map the extent of drug abuse within cities unless armed with broad search warrants or random drug tests.

Lacking these, cities were often flying blind. Public ignorance, combined with private stigma,
helped the US opioid epidemic, for example, quickly metastasise, while no one knew who abused which drugs where – until it was too late and the casualties piled up.

In recent years, wastewater chemists and engineers have started to highlight the extent of potentially risky drug use through a powerful new petri dish: the flush toilet.

When a drug user conducts their business in a bathroom, his or her confidential waste becomes external public property – captured by municipal sewerage and delivered to water professionals who can break down the chemical-rich contents and reveal what was going on behind closed doors.

This budding, strategic alliance between drug agents and water professionals holds out promise for gains to each side yet it has not escaped controversy from outside or within the water profession.

Some see wastewater epidemiology offering breakthrough research that creates new jobs, saves money, and protects public health. But following a recent story in Water Online, critics fear it could be a slippery slope to social engineering. “I can envision utilities being required to cooperate with criminal investigations by sampling individual building sewers,” warned E. Brown. “Utilities should stick to their mission.”

Right now, Tscharke explains how “samples are completely anonymous and there is no risk of identifying individuals, so privacy is respected.”

The biggest bang per buck is looking at metadata population surveys. He does acknowledge that moving further “up-stream” to sub-pump stations that connect far fewer people in neighbourhoods, “the ethics on this become hazier.”

Few wastewater epidemiologists can envision their data being used in court and for officials grappling with urban drug epidemics like Adelaide, or Cary, North Carolina, the innovative advances are welcome. Any future risk to society’s collective privacy, they say, is far outweighed by the enhanced ability to map and reach out to vulnerable citizens.

So in the near term water professionals will keep helping cities expose tail-end chemicals coursing down sewers underground, hoping to stop these substances from spreading above the surface.

But as technology inevitably gets smaller, cheaper, faster, and more widely available, the spatial mapping data could reveal sharper trends and more granular patterns. At that point decisions may come down to urban ethics.