The Source
Brought to you by Oxymem 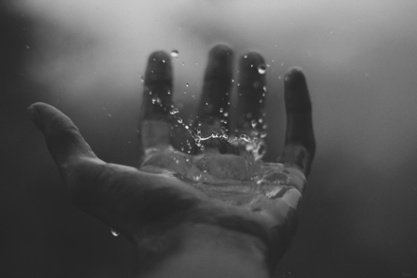 Cape Town is set in an amazing location nestled on the coast sitting under Table Mountain. With a population of 4 million, it is a popular tourist destination for those setting off up the Garden Route or looking for a city base before heading off to more rural areas. However, in recent years it is in the news as a result of the water shortages that have hit it. Cape Town has experienced a drought for the past 4 years and the situation is at crisis point. While Day Zero (the point at which the city administration turns off the taps) has been postponed until 2019, the prospects are still bleak with dams at 22% capacity, of which an estimated 10% is not fit for human consumption (the zero-day level is 13.5%).

The reasons for the crisis are numerous including:

The set of solutions they have put in place are also numerous, with a particular focus on the ‘demand side’ as they look to influence consumption behaviour including:

Instead, they need to look at examples of how others have tackled the problem:

Singapore has a similar population with 5 million inhabitants, and a real water problem given their physical location (located at the tip of Malaysia). Water security is a strategic priority and they have focused on the infrastructure side with a particular focus on collecting rainwater and reusing grey water.

Professor Asit Biswas from the Lee Kuan School of Public Policy feels other countries should follow the example set by Singapore as they hope to eventually re-use every last drop of water.

“There are two major future challenges,” he says. “First is how to make the water system less energy intensive and the second one is consumer behavior with respect to water.” Source: CNN

However, the reality is that an increasing number of countries around the world are already actively managing their water systems to prevent future drinking shortages. They are looking at technological solutions with these features:

Unfortunately not many technologies fit this profile. The aeration energy costs are still the main bill of the wastewater treatment facilities and the retrofitting of old Waste Water Treatment Plants is often stymied as the ‘available space issue’ stops any developments.

However, innovative solutions like OxyMem MABR can meet these characteristics by offering a zero footprint, low energy consumption solution e.g. a biological iFAS style MABR. Energy savings come from bubble-less aeration and the increased treatment capacity and zero footprint advantage is ensured by the biofilm technology, which co-exists and adds its treatment abilities to the vastly existing Activated Sludge systems.