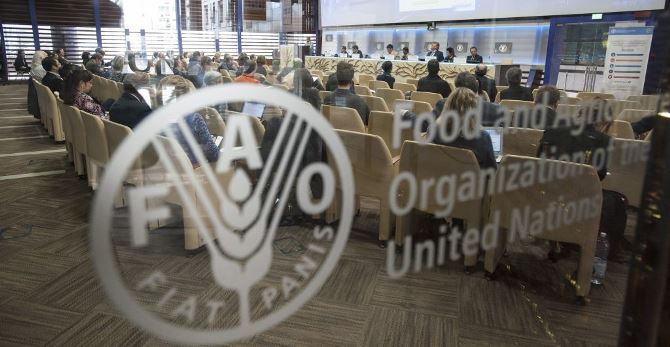 A report led by the United Nations’ Food and Agricultural Organization (FAO) in partnership with the Land and Water Division and the Global Water Partnership shows various ways in which water stress correlates with human migration.

FAO’s report maps 184 peer-reviewed empirical research articles chosen for their focus on the linkages between these phenomena. The authors say the aim of the report is to provide “a diversity of water stress-migration relationships across different contexts”. “Increased water stress can cause people to decide to migrate.

There also appears to be a consensus that increasing mean temperatures are correlated with, and are thought to be a cause of, increased water stress,” the report states. This link reveals another connection pointing to the the role of rising temperatures as result of climate change. Many of the studies show that this has a particular impact on water stress affecting agricultural land.

One 2004 study showed that “short-term rainfall deficits increase the risk of long-term internal migration to other rural areas and decrease the risk of short-term distant migrations”. Heat waves were said to decrease international mobility among certain populations, such as Burkina Faso in west Africa. Food insecurity affecting regions such as Senegal was also shown to have adverse affects on cross-border migration.

Some of the reviewed articles argue for policies and programmes that seek to reduce migration through investment in sustainable agriculture and better rural living standards. “In water-stressed areas, experience suggests that such policies and programmes can both slow rural-urban migration and reduce the incentive for people to attempt to move across international borders out of desperation rather than out of choice.”

The report warns that policies such as India’s Sons of the Soil movement in 2015, which attempt to accommodate migrants moving from one drought-affected area of the country to another relatively stable area, can cause friction if these do not meet the needs of both the migrant and host communities. “While this is only one case study, it highlights a causal pathway where natural disasters and, possibly, adverse climate change impacts in one area can lead to violence in another,” the report says.