Droughts. Deluge. Hurricanes. Mudslides. Ice Storms. Americans are getting to know extreme hydrological events. Republican’s nominated Donald Trump and Democrats chose Hillary Clinton, but how will each cope as a volatile climate brings too little or too much water?

As the Western US wilts under drought, President Obama’s Federal Action Plan seeks resilience in a new way. It asks the agricultural community to develop lasting solutions to regional water scarcity. It coordinates farm programs and watershed conservation. It transcends quick efficiency-fixes from irrigation devices to encourage longer-term crop fallowing or permanent “easement” payments. The idea is that since irrigators receive the lion’s share of federal water and drought related funding (see graph 1), irrigators may know best how to reduce their own water footprint.

Obama took a similarly proactive approach to flood response. He reinvigorated the Federal Emergency Management Agency, allowing FEMA to release funds for preventive and preparatory measures before storms, not just mop up damage after the destruction. The Agency had been demoted and neglected by his predecessors; some Republicans even sought to privatize disaster relief. But Obama’s handling of Hurricane Sandy won praise as ‘outstanding’ by governors in both parties.

Behind these frequent and intense weather and water events, Obama believes that no other challenge poses a greater threat to future generations than climate change. In any normal year, or country, his views would be seen as moderate, reasonable, even traditionally conservative.

This is no normal year in the USA.

The Republican party blames drought on government regulations – and environmental protection in particular. In Fresno, California Trump looked around, declared “there is no drought,” and expressed outrage that farmers’ precious water is getting “shoved out to sea” to protect fish.

The past four years in California have been the driest on record, dating to the 1800s. Trump ignored the role of environmental flows in creating fishing jobs, securing urban life, and preventing salt water contamination to agriculture. His most ardent supporters may feel he could bring back rains, but more likely a Trump administration would simply unravel Obama’s drought measures and manage dams, wells and canals to favour potent farm lobbies. With an eye to a Trump win, Congressman David Valadao (R) has advanced a bill forcing federal officials to pump maximum amounts of water through California’s agricultural Central Valley Project.

Drought is one thing, floods are quite another. The real estate developer’s coastal properties in Florida could be turned into islands due to tidal flooding and storm surges. His solution? A wall, of course. Never mind holding back waves of Mexican immigrants; there is speculation that Trump has requested a 20 km wall along his golf course in Ireland to keep out coastal erosion from rising seas.

Master of the mixed message, Trump assures voters “people are not hurt from extreme weather” one day, then tweets in solidarity with victims of floods in South Carolina and West Virginia the next. In this respect, Trump exemplifies his party’s position: quick to oppose “big government’ in drought, flood and disaster response on principle, but then quietly secure federal aid packages for their own home states when crisis strikes.

Where Trump is breezily dismissive of extreme events, Hillary Clinton brings to the table her resume and tomes of briefing documents. She has massive political experience with drought and flood response, having overseen international humanitarian efforts as Secretary of State from 2009 to 2013. As President she would likely support FEMA reforms that focus on prevention as well as remedy, while also supporting the science that underlies the Agency’s work.

A more cautious approach informs her stance on California’s drought. Clinton claims to follow the issue from “afar,” without comment on specifics such as water allocation deliveries to the southern part of the state. She is careful not to simplify or prejudge, but supports Californians finding solutions on their own terms. As president, Clinton would be “open” to federal involvement in long term solutions that benefit cities and agriculture, but it’s unclear how she would build on Obama’s Action Plan.

More obvious is how Clinton plans to build consensus for proactive resilience. She will establish a national Water Innovation Lab, noting there are 17 national energy labs, but not one on water. She’ll invest in water conservation along the Colorado River through the Western Water Partnership. And she will triple investment in the Bureau of Reclamation’s primary water conservation grant program WaterSMART.

If water politics are local, they’re also tribal. A changing climate does not discriminate among blue or red states, but the quest for domestic water security breaks along party lines.

Democrats will praise the breadth and depth of Clinton’s deliberative steady approaches to extreme events. Republicans will rejoice at the confident clarity in Trump’s decisive tweets.

And the weather, and volatile waters, will grow ever more extreme. 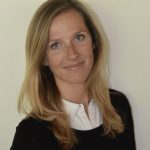 Laura Turley is an independent consultant and writer specializing in water governance.