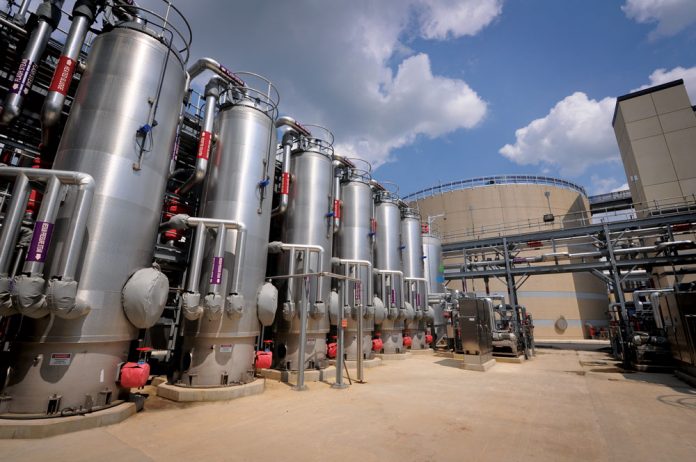 The US capital’s water utility has won the 2016 US Water Prize for its new waste-to-energy project. DC Water’s Bailey Bioenergy Facility produces a net 10 megawatts of electricity from wastewater treatment and a Class A biosolid, by leveraging the relatively new thermal hydrolysis process.

DC Water’s Blue Plains is the largest thermal hydrolysis plant in the world and the first in North America. The project was supported by more than 10 years of research by DC Water and its international research partners.

The resulting clean and renewable energy offsets the energy needs of the Blue Plains Advanced Wastewater Treatment Plant by approximately one-third, reducing the plant’s carbon footprint and lessening dependence on the grid.

“DC Water is honoured to be recognised by the US Water Alliance’s 2016 US Water Prize for the Walter F. Bailey Bioenergy Facility,” said George Hawkins, CEO and General Manager, DC Water. “The project is a crowning achievement for DC Water and exemplifies a shift from treating used water as waste to leveraging it as a resource. This innovative facility is generating renewable power, producing exceptional quality biosolids, reducing our carbon footprint, increasing plant efficiency, and ultimately saving ratepayer dollars.”

He added: “This is an award dedicated to extraordinary people–the members of our team who transformed innovative ideas into reality, and a Board of Directors that after years of careful oversight and review, had the courage to make an extraordinary investment in the future.”

Matthew Brown, Chair of the DC Water Board of Directors, said: “It is incredibly rewarding to be recognised by our peers with this prestigious award. It is well deserved recognition for the painstaking research and planning the team at DC Water did to produce a firstrate facility that is paying great dividends to our ratepayers and the environment. The Board of Directors is proud to have played a role in making this ambitious idea a reality.”

DC Water joins Dow and Emory University as the winners of the 2016 Water Prize. The three organisations were selected by an independent review panel that included executives at The Coca-Cola Company, US EPA and others.

City of Trenton sets out plan to improve water quality