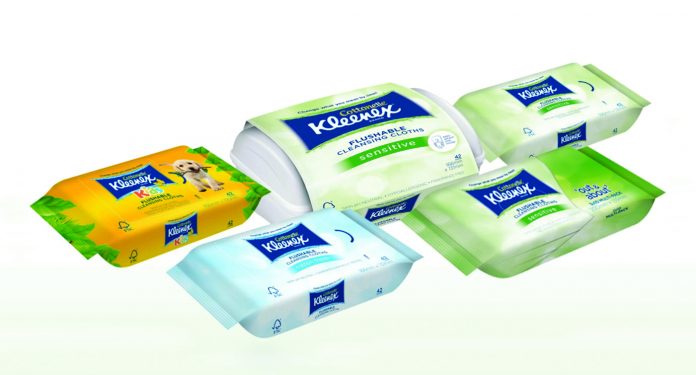 The Australian Competition and Consumer Commission (ACCC) has begun court proceedings against Kimberly-Clark and Pental alleging that they each made false or misleading representations in relation to ‘flushable’ wipes which they marketed and supplied in Australia.

The Commission alleges that, by labelling these products as ‘flushable’, consumers were led to believe that the products had similar characteristics to toilet paper, would break up or disintegrate in a timeframe and manner similar to toilet paper, and were suitable to be flushed down the toilet, when this was not the case.

“Australian water authorities face significant problems when non-suitable products are flushed down the toilet as they contribute to blockages in household and municipal sewerage systems,” said Rod Sims, Chairman of the ACCC.

The Commission alleges that, between May 2013 and May 2016, Kimberly-Clark variously advertised its personal hygiene wipes, Kleenex Cottonelle Flushable Cleansing Cloths, as ‘flushable’, ‘completely flushable’, ‘able to be flushed in the toilet’, and able to ‘break down in a sewerage system or septic tank’.

In the proceedings brought against Pental, the ACCC alleges that, between February 2011 and August 2016, Pental advertised its bathroom cleaning wipes, White King Power Clean Flushable Toilet Wipes (also called White King Flushable Bathroom Power Wipes) as a “flushable toilet wipe” that disintegrated like toilet paper. Over 230 water utilities from Australia, New Zealand, United States, UK and across Europe agree that only the three Ps (Pee, Poo and Paper) should be flushed and are calling for other products labelled ‘flushable’ to be labelled ‘Do Not Flush’ until there is a standard agreed by the ater and wastewater industry. The industry is currently working on the  development of a standard. Water utilities have been joined by a number of partner organisations taking the total signed up to the international statement to over 300.