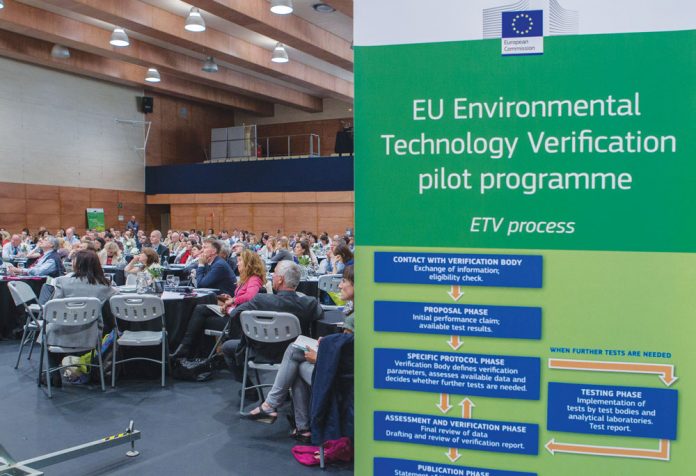 The number of companies which have completed the full cycle of Environmental Technology Verification (ETV), a tool to assess the performance of water technologies and boost innovation, has significantly risen in the last year.

“ETV’s indicators show the continued progress of the pilot programme,” Pierre Henry, Acting Deputy Head of Unit, DG Environment, Circular Economy and Eco Innovation at the European Commission, told The Source. “In 2015 we received 78 application requests out of the 125 presented in the three years since the pilot was launched. Until now, the verification process of these technologies has been slow, but sound and steady. For the moment, 12 European companies have had their technology’s performance verified, allowing them to validate the performance claims and helping them to convince their customers and investors.”

Innovation in the water sector is often limited by risk aversion and this can result from uncertainty as to the actual performance of new technologies, fear of high investment costs and the imperative need to fulfil strict regulatory limits.

Environmental Technology Verification can help to overcome some of these barriers by having a third-party verifying technology developer’s performance claims. ETV is particularly suited for technologies whose innovative features or technical and/or environmental performance are not fully reflected in existing product standards.

“ETV gives you the possibility of stating your goals and finding a way to certify your goals,” stressed Alberto Pozzi, Director at Pozzi Leopoldo SrL, one of the companies already involved in the process. “More and more it is important to have a third party validation of your claims in order to be different and be viewed as reliable by your partners.”

The European ETV pilot programme has been operational since 2013 as one action under the EU Eco-innovation Action Plan. More recently, ETV has been included among the instruments of the Circular Economy Package, released by the Commission in December 2015. The programme is steered by the European Commission in collaboration with 11 European Member States. It is operational for three main technology areas that include, not only, water treatment and monitoring technologies, but also energy technologies and materials, waste and resources. So far, 13 Verification Bodies have been accredited to perform verifications under the EU-ETV scheme and one more is in the process of accreditation.