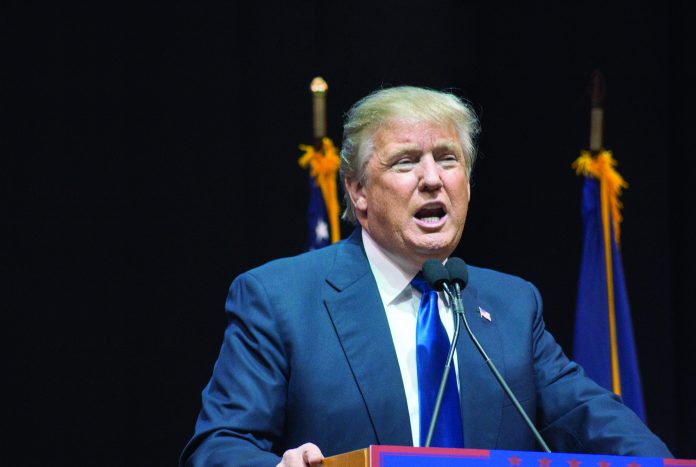 By Laura Turley
Dave Wegner has watched White House occupants come and go. While the revolving door has brought highs and lows, he has been able to listen, prepare and adjust. But as Staff  Director of the US Congress Subcommittee on Water and Power, he doesn’t know what to expect now Donald Trump is in office.Start with regulations. President Obama streamlined the framework to make investments easier, says Wegner. The 2015 Waters of the United States (“WOTUS”) ruling clarified which parts of a watershed must be ‘protected’ before new projects commence, thus protecting streams 117 million (1 in 3) Americans depend on for drinking water. “If Trump dismantles WOTUS, it will be back to the old confusing patchwork of permits and applications, where water impacts are measured on a case-by-case basis,” comments Wegner.Likewise, the Principles, Requirements and Guidelines (PR&G) helps federal agencies evaluate and select water resource projects from urban supply to wetland restoration to flood prevention. Untouched for decades, Obama upgraded investment measures to more inclusively secure community benefits. If Trump undoes these ‘holistic’ revisions, laments Wegner, “it will mean reverting back to the old ways of evaluating infrastructure projects based on economics only.”The Constitution enshrines checks and balances, slowing the gears of power. If Trump rescinds WOTUS, and if upheld by the courts, the Environmental Protection Agency (EPA) may have to repeal it. But dismantling requires the same notice-and-comment period that built it in the first place–a process involving one million public comments and 1,000 studies. Still, such judicious deliberation assumes acceptance of scientific inquiry, a norm, which in the “posttruth era”, may itself need protection.

Trump may oppose regulatory red tape but he’s primed to increase support for the EPA’s lesser-known role as administrator of infrastructure funds. Trump’s plan states he will triple investment in State Revolving Funds (“SRFs”) on Clean Water and Drinking Water–grants provided by the EPA to capitalise state loans. In effect, it’s like an environmental infrastructure bank, providing loans to eligible water projects across the country.

Hate the laws, love the largesse? Some see no contradiction. “It’s a completely different kettle of fish,” says Tracy Mehan, Executive Director of Government Affairs for the American Water Works Association (AWWA). Even Congressional leaders “may not like the EPA, but it’s different altogether when you talk about SRF finance. It’s a huge amount of money, passed onto the states. It’s not a partisan issue.”

Indeed, infrastructure investment is one issue Democrats and Republicans may agree on, which could be good news for the water industry. Trump calls clean water a high priority realised through a “long-term water infrastructure plan with city, state and federal leaders to upgrade aging water systems.”

Critics such as the Center on Budget and Policy Priorities maintain that Trump’s US$1 trillion dollar infrastructure promises (assuming a conservative Congress will spend that much) will simply bypass worthy projects “to bankroll for-profit projects they likely would have undertaken anyway.” The plan largely focuses on attracting private investors seeking high returns on their investment. Updating ageing, dilapidated water facilities and leaking pipes does not yield fat profit margins, and may or may not pass the commercial feasibility test.

Mehan hopes the tax credit approach will be “complementary not antithetical” to addressing the country’s critical infrastructure needs. But Trump will still have to absorb the huge subsidy costs of tax cuts. “If he can find the money to offset the revenue losses to tax credits, he might be able to bring in more private capital,” says Mehan. “Right now [private developers] have to complete with tax exempt financing so it will be a good deal [for them].”

Bluefield Research questions how Trump’s infrastructure plan for the water sector can reconcile intense fragmentation. With approximately 65,000 water and wastewater systems spread out across the country, federal influence is minimal, while fierce resistance to private sector participation may arise in the very heavily labourunionised states that elected him.

In business and in campaigning, Trump sees himself as a high-level dealmaker, hiring and firing (and Tweeting). He expresses little interest in the tedium of day-to-day micromanagement. To that end, the most revealing indicators are his choices for the key water, energy, and climate positions. More than ever, “policy is personnel”. When he appointed professional climate change skeptic, Myron Ebell, to run his transition at the EPA, even Republicans raised eyebrows. His selection of Scott Pruitt as the agency’s incoming chief further threatens to be “the most hostile EPA administrator toward clean air and safe  drinking water in history.” (Quote: the New York Times). Former rival Rick Perry once vowed to eliminate the Department of Energy; now a Trump ally, his reward is being put in charge of it. The key appointment, says Wegner, is Secretary of the Interior tasked with managing the nation’s public land, parks and waters through the US Geological Survey and Bureau of Reclamation. All candidates for the position were hungry to reopen public lands for oil and gas drilling, but Trump’s selection of Ryan Zinke suggests relative moderation: Zinke does not favour selling off public lands and is convinced, at least, that the climate is changing.

For better or worse, Trump appears to be slow off the starting line. Many appointments have not been made, much less vetted, leaving vacant key positions such as: EPA Assistant Administrator for Water (oversight of the Clean Water Act and Drinking Water Act); Assistant Administrator on Enforcement (utilities); Assistant Defense Secretary for Civil Works (oversees US Army Corps of Engineers); Office of Information and Regulatory Affairs; and White House advisor at the Council on Environmental Quality.

If for water laws, plans, and policies, the devil is in the detail, then the lack of these should concern all those seeking to provide water services under the new administration.