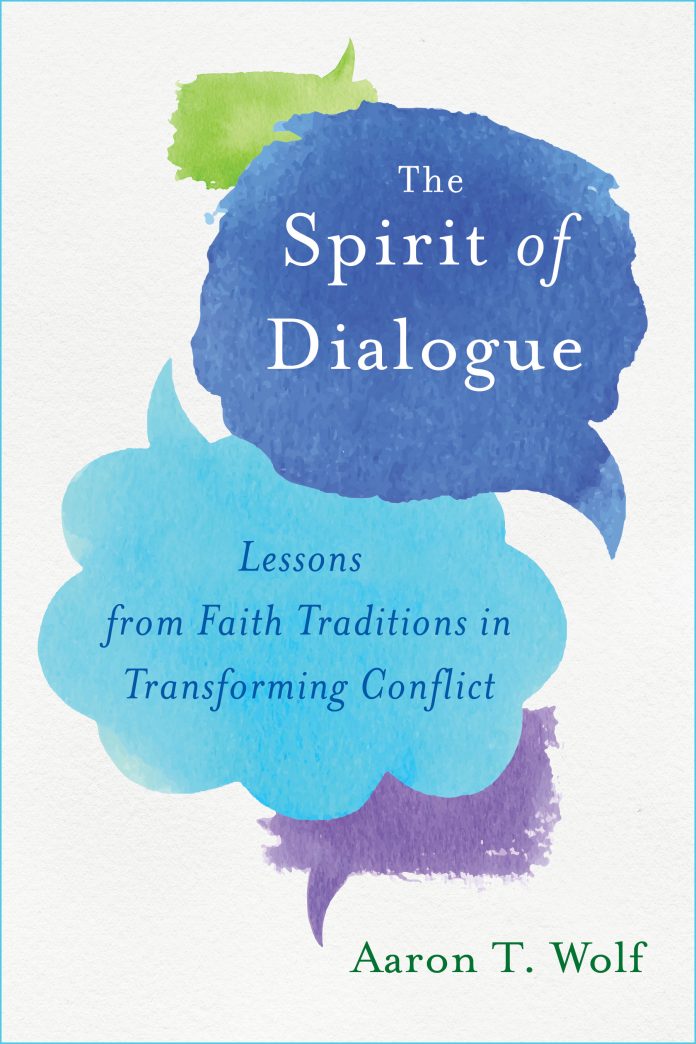 The ancients knew water could be synonymous with conflict. So as scarcity elevated risks of thirst, hunger, and political instability, they began to engineer useful technology: pumps, pipes, dams, dikes, canals, qanat, aqueducts, and aflaj.

Physical infrastructure alone was rarely sufficient. So civilisations also wove the language of peaceful coexistence into the religious fabric of society. It is this latter resilient, cohesive ‘belief structure’ to which Aaron T. Wolf has devoted his professional career, and has now distilled into a slender book.

“Water management is conflict management,” he writes, “and our western model of conflict resolution is based heavily on rationality and economics. Most actual processes of dispute resolution rely on identifying shared values and developing a process for dialogue, not just for the apparent issue at hand, but for the underlying, often non-water issues as well.”

The Spirit of Dialogue, is certainly timely. In the last century, population growth, wealth inequality and pollution all combined to escalate water stress and ‘us versus them’ polarisation. Yet as predictions of ‘water wars’ reached a fever peak on the international stage, Wolf, a geography professor at Oregon State University, calmly debunked it, carefully documenting at the end of the 20th Century how, across the millennia, water was itself never a cassus belli, or trigger provoking war.

Not yet anyway, caution doubting critics. But Wolf remains devoted to the school of Thomas Aquinas, fusing and reconciling the divergent traditions of reason and spirituality into one coherent reality. He embraces enlightenment thinking, but knows science is “not enough” since human dynamics are shaped by larger emotional and linguistic forces. His synthesis here–part ‘how-to’ instruction manual, part ‘why-do’ digressions that draw on scripture–seeks to ease tension at interpersonal or international levels.

A strength is that the author preaches what he’s practised. Wolf draws on decades of experiences spent mitigating conflict, efforts that include workshops on the river Colombia among indigenous tribes; discussions on the Ganges with ecological activists and on the river Jordan with Israelis and Palestinians; and workshops on the Nile and Mekong with national security officials from riparian states.

Somehow he seems to have emerged from tedious negotiations as not just another scarred, bitter, jaded cynic too often seen propping up hotel bars at water confabs. If anything, they left him invigorated, due in large part to his interpretation of ‘faith traditions’.

“Both faith and water ignore separations and boundaries,” he writes. “Thus, they offer vehicles for bringing people together, and because they touch all we do and experience, they also suggest a language by which we may discuss our common future.”

Secular water professionals may counter-suggest they already have a common tongue, one measured in rational cubic metres, fluid dynamics, parts per billion, laws of nanotechnology, or kilogrammes pressure per square centimetre.

Yet surely it can’t hurt to learn (or relearn) this second language, shared by billions, which explains at the deepest levels of human consciousness why water purifies the soul (Christianity), water is sacred (Hinduism), water is symbolic of life (Judaism), water brings clarity and calmness (Buddism), and ‘sharia’ derives from ancient Arabic peaceful guidelines, or ‘the way to water’ (Islam).