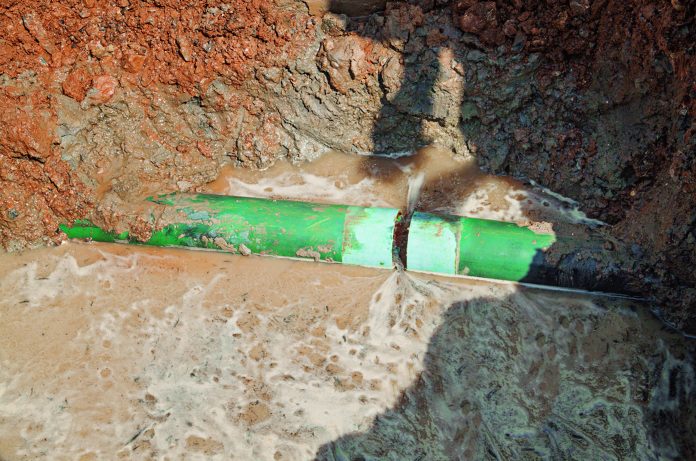 New research shows that levels of water loss could be far worse than previously thought. By James Workman

For decades, untold volumes of fresh water quietly bled from our pipes and paperwork. This unaccounted for nonrevenue water (NRW) was by definition ‘out of sight,’ and therefore ‘out of mind.’ Yet it could not be ignored or erased from accounting sheets forever.

In 2005, the World Bank finally crunched the water data and estimated that pipes around the world were annually sacrificing around 48.6 billion cubic metres of the life-giving asset. A subsequent study in 2009 found that Asia alone lost half of all NRW.

This is costly in two ways. First, because potable water is labour-, chemical-, and energy-intensive, it wastes investment funds few governments can spare. And second, the lost clean water undermines the health and lives of the millions deprived of it.

Yet, while the NRW figures generated shock and dismay at the scope of the problem, few cities and nations took steps to address it.

A troubling new study may finally provoke both debate and action. Using more extensive and rigorous methodology, two researchers have discovered that water loss is in fact two to three times worse than anyone had previously thought: the world annually loses 126 billion cubic metres, equivalent to US$39 billion worth of water.

To visualise this invisible hemorrhage, the study’s authors, Roland Liemberger and Alan Wyatt, put the lost volume in perspective. Imagine that two-thirds of the annual flow of the Niger River, the principal artery that supplies West Africa, suddenly vanishing, or that half of India’s Ganges River quietly goes missing.

”Water loss is in fact two to three times worse than anyone had previously thought: the world annually loses 126 billion cubic metres, equivalent to US$39 billion worth of water”

Yet even that doesn’t do water loss justice, since river water, once treated to potable quality for human use, is even more productive and vital. Focusing on cities, where clean water is most desperately needed and adds the most economic value, the study claims that “the aggregate NRW is 30 percent of all water system input volumes across the world.”

In the context of the Sustainable Development Goals, water loss presents an ugly crisis–but also a hidden opportunity. “If the world’s volume of NRW was reduced by only one third, the savings would be sufficient to supply 800 million people,” says Liemberger.

Two dynamics help explain the difference of past and present figures. The higher 2018 numbers are “due to overconservative estimates used in previous studies, as well as growth in population and expansion of water supply systems,” the study’s authors explain.

At a closer level, the regional discrepancies stand out as especially significant. According to the study’s authors: “The lowest NRW levels (36 l/capita/d) can be found in Australia, due to the big water loss reduction efforts that have been made during the last ten to fifteen years in the attempt to better cope with the long droughts.” Meanwhile, Latin America and the Caribbean lose 121 litres/capita/day.

Could the study estimates trigger change at local and national levels of water governance? Liemberger appears positive, if not wildly optimistic, that NRW could attract political will as the quickest, cheapest option.

“Chronic water losses have long been the hallmark of water utilities,” he explains. Now, paradoxically, the lack of time, water and money could finally get utilities to call in system-wide plumbers. After all, leaks “may not have been a large concern during an era of assumed plenty,” but today, as pollution, prosperity and population growth have combined with climate change impacts–cities can’t defer action.
Rather than ask if water systems can afford to staunch the flow, a better question is whether they can afford not to. If global NRW was reduced by one third, or 115 million cubic metres per day, the study shows that cities would save US$13 billion, earning a total return on investment of just over five years.

” Water loss is in fact two to three times worse than anyone had previously thought: the world annually loses 126 billion cubic metres, equivalent to US$39 billion worth of water”

If that sounds rosy, the authorsconcede their experience suggests realistic payback times of 7 to 10 years. But even that span, compared to hard infrastructure supply projects, makes it increasingly “difficult to understand why water utilities and governments are so reluctant to invest in NRW reduction.”