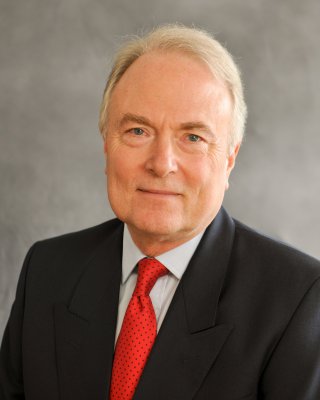 ‘Engineering resilience’. The phrase was coined by an ecologist to signal something inferior, something not wanted — the constancy of timber production from forests or of cattle grazing on grasslands.

Such human-focused manipulations of natural ecosystems smacked of what engineers were thought to be all about: achieving the immovable staying-putness of civil engineering assets; and the pursuit of disturbance suppression in control engineering. Superior forms of resilience were to be found in the systems of ecology and social anthropology. So the challenge in making cities resilient is to examine how such ‘good things’ — in ecosystems, evolutionary biology, social systems, in business — might be imported to beneficial effect into urban engineering.

What is to be so admired about the resilience of ecosystems? The forest that bounces back and regenerates itself after the devastation and destruction of fire. And the way the forest does this, through its resilience, is something that has co-evolved with the spectrum of disturbances and changes to which the forest has been subjected over millennia and centuries — climate and meteorology above, geology, bedrock, and soils below. Fish assemblages in rivers and lakes reflect likewise the pounding and pulsating disturbances, or relative invariance, of the hydrology to which they have been and are subject. In stark contrast, water professionals typically design urban assets that minimize displacement (and maximize the comfort of citizens). The hallmarks are constancy and order.

Material, physical assets are exemplified by flood walls, dams, the concrete and the steel of wastewater treatment plants. The historical result is the flood-resistant city: the massive capacity of urban engineering for ‘disturbance rejection’. Future forms of electricity grid systems, say engineers, boil down to choices along the resilience-efficiency continuum; more efficiency, less resilience, and vice versa. The trouble is, our deeply ingrained technocratic instincts, coupled with lowest-cost bidding regimes, will drive urban assets towards high efficiency and almost no resilience. So what’s to be done? Let me start from the perspective of business.

Nassim Nicholas Taleb, famous for his bestseller Black Swans, has much to offer engineers, but from his later, less well known book Antifragile. Things that Gain from Disorder. Avoiding exposure to shocks makes us brittle and ‘fragile’, he argues, while exposure to random disturbances increases health and vigour. For example, stress fractures heal into stronger bones; exertion tears and thus strengthens muscles. This works… up to a point.

So for cities, how about allowing modest floods in — even welcoming them … up to a point — as opportunities for learning, for forearming the city and its water infrastructure, hence coping all the better with the ‘big one’, when it comes, as it will. Taleb would accuse us urban engineers and technocrats of being undesirable ‘fragilizing agents’. We are making cities brittle and vulnerable in the name of efficiency, and hoodwinking citizens into presuming they live in a drought-proof, flood-free (risk-free) metropolis. Systems ecologist H-K Liao would agree.

She has been working with the planning department of King County, Washington, to come up with a comprehensive blueprint, not for a floodresistant but for a flood-resilient city of Kent. In the city’s human environment, citizens become re-acquainted with flood-risk and governance for mobilising this revitalised awareness. In its renatured environment, salmon fry will benefit from re-created flood refugia. But what can disorder do for the city’s built environment? After all, how can bricks and mortar learn, adapt to, or co-evolve with contingencies and disturbances? Despite the emerging practicality of self-healing concrete, a better question to ask is this. Could smart, intelligent built assets be empowered to take care of themselves? It is time to borrow something from anthropology. Imagine not just the single urban engineering asset so empowered to look after itself but the resulting potential for socialising a community of smart assets to take care of their city.

As smart buildings become ever more human agent-like, each asset could acquire the capacity to exercise fragilising agency within the city system. But of course, we would much prefer them all to exercise anti-fragilising agency. There is something in a certain school of social anthropology called ‘clumsiness’.

It is pointedly meant to stand for everything that is not the much cherished ‘elegance’ of the customary technocratic problemsolving, which so favours efficiency. It heralds communities taking care of their affairs in a way that refurbishes and invigorates pluralist democracy. More than these things, clumsiness is to social anthropology what resilience is to ecology and anti-fragilising agency to Taleb. Clusters of intelligent buildings.

in a resilient community of smart urban infrastructure assets should be negotiating with each other on how they discharge their functions, in much the same way as its citizens ought ideally to do — just as clumsily — in a refurbished urban pluralist democracy. Last, in my borrowing of insights, let me touch upon something from evolutionary biology. It is something ecologists point to as integral to ecosystems achieving high resilience: soft overlapping redundancy in the structure of an ecosystem. Warmblooded endotherms like ourselves have been stunningly successful (in evolutionary terms) thanks to a plurality of duplicative cooling mechanisms in the body.

No single mechanism functions all that efficiently but collectively they enable our species to live and thrive at the ‘edge of chaos’ with a body temperature perilously close to that which is lethal. Thus, redundancies and inefficiencies of multiple, overlapping cooling mechanisms bestow great resilience on the system, acutely alert to goings-on in its environment and ready to ‘seize the moment’. So now consider this. Truly smart buildings are prosumers.

They produce and consume electricity and they could also consume and produce nutrient resources, like carbon for biofuel production or nitrogen and phosphorus for fertilizer production. For example, a single building might have urineseparating toilets in each household, with subsequent on-site recovery of nitrogen-based fertilizer. Others might have more conventional forms of wet sanitation (not source-separated), with centralised wastewater treatment for the cluster of buildings, from which granulated slow-release phosphorus fertilizer may be recovered.

The technical means of nutrient recovery might vary along the spectrum, from self-organising, general-purpose ecosystems to specific, inherently unstable microbial ecosystems, whose self-organising nature is being deliberately disrupted and re-stabilised only by exquisitely tight operational control at the edge of chaos, in order to achieve fertilizer recovery from urine. In sum, the community of smart buildings and their occupants become resilient to the extent that their functions (production of water, electricity, fertilizer, or fuel) are replicated both within and across scales, from individual households to entire clusters of large buildings.

And much as a mouse and a moose replicate each other’s functions of seed and nutrient renewal/dispersal, hence to make a wetland resilient, so diverse scale in smart buildings means also diverse speeds and types of operational response, among the diverse sizes and shapes of the parts, to one and the same disturbance. But why should we always focus on the downside of disturbance? What about seizing the moment, to grasp the upside windfall opportunity? Imagine not only the heat-wave in the city, but also all those smart buildings requesting that their occupants eat especially nutrientrich foods, so that the buildings and their systems can make the most of producing algal-derived biofuels while the sun shines so intensely.

Beck is a Visiting Professor at Imperial College London, UK, and Senior Research Scholar at the International Institute for Applied Systems Analysis (IIASA). He led the Sustainability Specialist Group from its inception in 2006 until 2014.