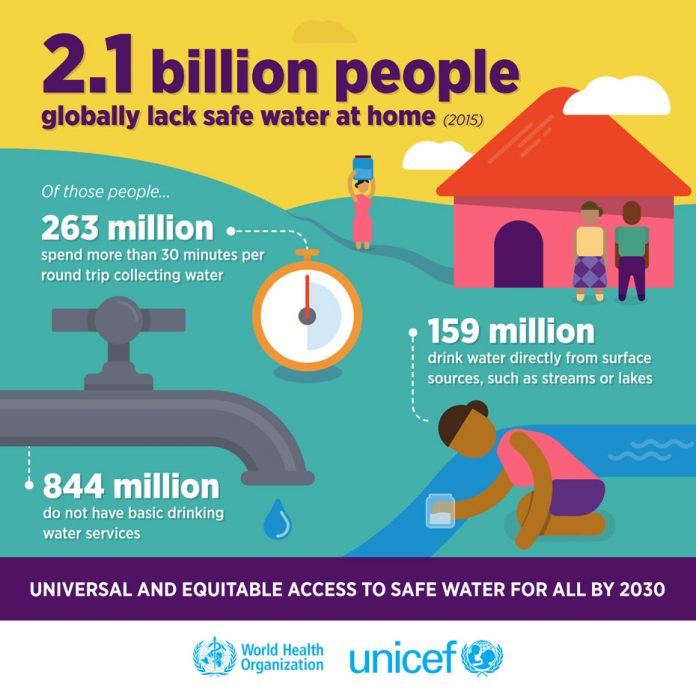 Some 3 in 10 people worldwide, or 2.1 billion, lack access to safe, readily available water at home, and 6 in 10, or 4.5 billion, lack safely managed sanitation, according to a new report by WHO and UNICEF.

The Joint Monitoring Programme (JMP) report, Progress on drinking water, presents the first global assessment of safely managed drinking water and sanitation services. The overriding conclusion of the report is that too many people still lack access, particularly in rural areas.

“Safe water, sanitation and hygiene at home should not be a privilege of only those who are rich or live in urban centres,” said Dr Tedros Adhanom Ghebreyesus, appointed in May as the new Director-General of WHO. “These are some of the most basic requirements for human health, and all countries have a responsibility to ensure that everyone can access them.”

Other key findings from the report include: