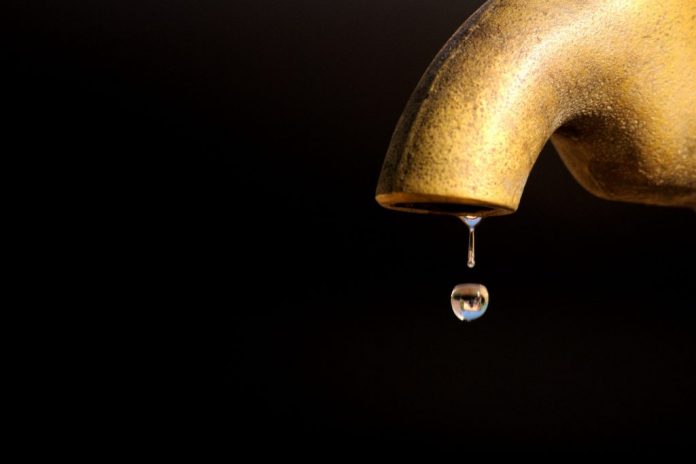 Many of the world’s leading philanthropic organisations, development banks, government officials, and impact entrepreneurs gathered at the United Nations to address the world’s most pressing human challenges. For many of us that attended the 5th IWA Water and Development Congress, water and sanitation access for the poor is the most pressing problem to solve. I believe solving this will unlock the resources needed to meet the rest of the Sustainable Development Goals.

There are billions of people living without safe water and sanitation and each of those billions have a name, dreams, and goals for the future. As an example of why I believe meeting Sustainable Development Goal #6 will have such a profound effect, I want to introduce you to just one of those billions.

Fitri is five years old and lives with her mother and father in a small house in the outskirts of Tangerang, Indonesia, where they make a living by selling furniture. With no reliable water source in or near her house, someone makes daily trips to collect it. That responsibility could soon fall to Fitri, just as it did to her mother when she was a child. The long journeys will mean there is no time for school and little protection from predators, weather, or dangerous wildlife on her route. In addition, if the water Fitri brings back is not safe, she will be at risk of serious disease that could cause long-term damage to her health.

Unfortunately, this situation is far from unique. The World Health Organisation and UNICEF recently released the most extensive and detailed analysis of global water, sanitation and hygiene ever produced. The analysis reveals that three in ten people around the world–2.1 billion–lack safe drinking water at home. Six in ten–or 4.5 billion–do not have safe sanitation.

The findings also tell us that 844 million people–nearly one in nine–lack basic water services. That means they do not have a source of drinking water within a 30-minute round trip from their home. Meanwhile, more than 892 million people defecate in open fields, bushes, or by the side of the road.

For children, this kind of lack of access to safe water, sanitation and hygiene can have catastrophic consequences–putting their health, and even their lives, at risk. Diseases linked to poor water, sanitation, and hygiene are among the leading causes of death in children under five. Moreover, when children do not have a water source close by, their education, just like Fitri’s, is in jeopardy. Many children give up school to collect water–and girls are prone to assault along the route. In these ways, amongst many more, lack of access to water drives inequality and perpetuates the cycle of poverty.

The Joint Monitoring Program report demonstrates that it is going to be even harder to meet the world’s development road map–the Sustainable Development Goals–than we thought. Although there has been positive progress on improving water and sanitation over recent years, it has not been quick enough or comprehensive enough. And the Sustainable Development Goals have upped the game. While the immediate priority is to ensure that everybody has access to at least a basic level of service, the long-term goal is safely managed services.

If we are to meet these challenges and secure children’s futures, we need to work with a range of partners–from governments to schools and from NGOs to the private sector. Collaboration is critical if we are to increase global efforts to secure access to better water and sanitation services and collect more and better data to enable us to keep abreast of the problem and to target investment where it most needed.

Back in Indonesia, Fitri now has access to safe water sanitation and handwashing facilities at home. She will be able to attend school because her family took out a small loan to install a water tap with clean, safe water. Fitri can drink and wash safely, protect herself from disease, and build an entirely different future from that which would have been possible without it.

*Gary White is the CEO and Co-founder of Water.org, a nonprofit organisation dedicated to empowering people in the developing world to gain access to safe water and sanitation.