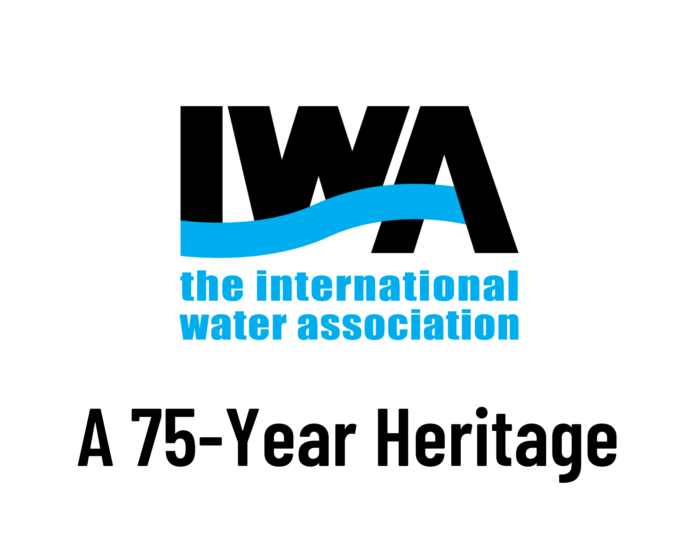 With the history of IWA and its predecessors now stretching back 75 years, the time was right to document that history and the influential figures in IWA’s past. That history can now be accessed thanks to an ambitious report released in September, with further work underway. By Erika Yarrow-Soden.

That IWA has secured such prominence since its formation in 1999 is thanks in no small part to the firm foundations provided by the predecessor organisations whose merger led to the Association’s creation. With one of those predecessors having been founded in 1947, 2022 marked the point where IWA could proudly say its history stretched back 75 years.

“As President, I feel privileged to be in the situation where I can serve IWA at the time of this 75-year milestone,” says IWA President Tom Mollenkopf.

That landmark also represents an important threshold – one beyond which it rapidly becomes challenging to access personal accounts that can add the vital details around the basic facts and dates in that history. This has added an extra level of importance and urgency to work to document IWA’s history that had been benefiting from the passion and energetic input of former IWA Executive Director Paul Reiter.

“Paul and I were eager to initiate this work now as we are at a point in time where we still have the opportunity to get first-hand accounts from people who knew the founding leaders of IWA,” continues Tom. “This is a unique opportunity to capture personal reflections on the contributions that these individuals made.”

Both were also clear that this endeavour and its look back to IWA’s roots would have great value to the Association today. “This project has resonance for IWA because we are a membership organisation,” adds Paul. “We are almost like a family. Understanding the family past and present and recognising our predecessors is integral to our work.”

This extended span of time and the fact that multiple organisations in different incarnations are involved means IWA’s history presented a complicated topic that would require extensive research to set down the findings in written form.

“Naturally, a lot gets lost over a period of time, which made this endeavour very challenging,” says Paul.

Having served as Executive Director of IWA from almost the beginning of IWA’s formation through to 2012, and continuing in a strategic role to 2015, Paul knew much of the organisation’s more recent history – making him ideally placed to lead on this research. The challenging part was uncovering the organisation’s story before the year 2000. To make this possible Paul enlisted a team of Past Presidents, Distinguished Fellows, and Fellows and undertook a total of 20 interviews to get first-hand accounts of the events that led up to the formation of IWA.

Paul explains: “This breadth of contacts enabled me to draw on knowledge across IWA’s international reach. Some of these people also went back a long way with the institution and were able to give me the historical insight that I required. That gave me the time dimension. These people also provided knowledge across the breadth of the specialisms of IWA’s predecessor organisations.”

The result was a knowledge pool that had never previously been assembled. “That was the space that I needed to cover – time, geography, and experience from the different organisations,” he adds.

A pioneering picture – the heritage emerges

The first important output of this endeavour was a landmark document published to coincide with the IWA World Water Congress & Exhibition in Copenhagen in September. The publication – and Paul’s contribution – were marked by a special mention at the Presidents’ Dinner held alongside the Congress.

This 34-page document traces the history of IWA and its predecessor, all accompanied by a set of appendices that offer a selection of landmarks from across the years. There is more to come – not least to bring together a ‘wall of fame’ of the iconic pioneers who populate IWA’s history, complete with biographical profiles that honour their contributions. In the meantime, the document exploring the 75-year history is available on the IWA website for all to see – and this already makes clear that IWA today is built on a pioneering spirit that saw the value in international collaboration on water.

The collated history captures the dynamics that shaped the times and shows how events influenced the transition of the water sector.

The history spans the post-Second World War era when IWSA was founded, when the drive of the water supply sector was to improve existing infrastructure (today we would say ‘build-back-smarter’). It covers the inception of the Environmental Protection Agency in the USA. And it brings us to the formation of the EU and the regulatory environment that resulted. So, it is a work that not only traces IWA’s history, including how its geographical focus has evolved and expanded, but adds detail to the wider canvas of the trends in water and sanitation.

Both IWSA and IAWPR/IAWQ were formed in the aftermath of the Second World War – 15 years apart but, from today’s perspective, both very much of the same era. Both were international membership organisations aimed at promoting research and best practice through the power of international exchange. The initial development of the water supply industry had passed the invention stage of the first half of the 1900’s. Although treatment methodologies varied from one country to another, most advanced countries had implemented reliable solutions by the 1930’s, certainly in larger cities.

When IWSA was founded in 1947, most large water utilities were self-contained vertically integrated enterprises. The task therefore was to optimise the public health imperatives that the utilities were expected to meet. In time the focus shifted to improved efficiencies and the requirement to meet emergent regulatory standards.

On the pollution side of things, research, control and management was very much in its early days in the 1950’s. Attention was focused on point source treatment initially, with this focus leading to innovations in science and technology. National and, later, continental regulatory and control regimes followed. In this pollution context, the creation and management of well-functioning utility companies was very much a work in progress at the time.

The two associations emerged and began to build their activities in this wider evolving landscape. Both IWSA and IAWPR formally arose from founding meetings that were coincidentally held in the same city – Harrogate, in the UK.

The first congress of IWSA was in 1949 in Amsterdam, The Netherlands, where its governing board was constituted. It then held triennial congresses until 1966, when it moved to holding biennial congresses.

The organisation evolved considerably, with the IAWPR moving from its primary focus on pollution research, followed by a second phase which added pollution control to the original focus (IAWPRC) in 1980. In the final phase, where the association felt it could focus more broadly on a wide range of activities related to environmental water quality, the organisation changed its name to IAWQ in 1990.

All of these changes hint at the profound global changes that would ultimately shape the evolution of these organisations and their successor, IWA.

It is this detail on the context around the history of IWA and its predecessors, and the individuals involved, that reveals the value of the project to document this heritage. IWA – A 75-Year Heritage represents an important resource that will enable today’s water professionals, and those to come, to gain valuable understanding of the origins of their professions and the ambition and expertise of the water sector’s iconic pioneers, who demonstrate the very traits that will help us deliver forward-looking research and innovation today.

It draws out the interaction between the issues of the time and the agendas and actions of the predecessors. More than a simple plotting of the key dates in the evolution of the Association’s founding organisations to the prestigious membership organisation it is today, the history notes how members influenced thinking and regulation, not least in helping shape WHO guidelines right through to the EU’s ground-breaking Water Framework Directive.

“This history conveys the context in which IWA’s predecessor organisations were created, the problems of the day, their respective missions, their evolution, their amazing achievements in the context of a changing set of external circumstances,” says Paul.

“There is a great feedback loop here. Because people in the institutions are producing knowledge and this is being incorporated into regulations,” he continues. “The regulatory environment then in turn influences what the institutions are doing. This dynamic is really exciting.”

While the history also highlights the organisation’s own milestones, the external impact is particularly important. “It is really striking the influence the organisation has had,” adds Paul. “This history shows the gravity of IWA and its predecessor organisations and the impact they have had on the world.”

While release of the 75-year history alongside Copenhagen secured access the rich backstory of IWA, further work is underway to complete an extra dimension. This will result in the profiling of IWA’s Distinguished Pioneers. Approximately 50 iconic individuals from the organisation’s history have been identified and their stories will be shared online alongside the material currently available.

Paul explains: “What we wanted to do was talk about how each of these individuals uniquely and profoundly influenced the development of the institution. The amount of energy that these people have put into the organisation is incredible. They are like investors – they have invested equity and their intellectual prominence. It’s one thing to see this happen over five years say, but over 75 years it is just remarkable.”

Tom Mollenkopf picks up the discussion: “IWA has a rich history that’s built on the shoulders of some wonderful, inspirational minds, and I really want to acknowledge and celebrate the work of those founders – the people that built our organisation over so many years.

“Our strength is our people. This is about recognising and respecting the hard work of the people who have made IWA what it is and taking inspiration from this illustrious history.

“One of the things that has always excited me about IWA is that it brings together so many talented people. It is incredible to have the chance to go back and look at the depth of our history, the richness of the contributions of our founders, people that didn’t just shape IWA, but experts who were often world movers of the water sector, who shaped our thinking in water science and practice. That’s something I find really energising.” •

The wisdom of taxi drivers