The Source
Brought to you by Shimadzu

Drinking water is the most important nutrient source and is essential to life. On average, 144 litres of water per person is supplied to households in Europe every day. While in some regions in the world it is still very difficult to provide and guarantee safe drinking water supplies, the situation in European countries appears to be very good. The European Union has a history of over 30 years of drinking water policy. This policy ensures that water intended for human consumption can be consumed safely on a life-long basis, representing a high level of health protection.

In December 2020, the European Parliament has adopted the revised Drinking Water Directive (DWD). It is in force since 12th January 2021, and the member states have two years to transpose it into their national legislation. The revised DWD replaces the 20-year-old directive (98/83/EC), which regulated the quality of water for human consumption. The new DWD is a result of the Commission’s Regulatory Fitness and Performance programme (REFIT) and the implementation of the Commission’s response to the European Citizens’ Initiative “Right2Water.” It is also a contribution to meeting the targets of Sustainable Development Goals.

Key features of the revised directive are reinforced water quality standards which are more stringent than the WHO recommendations. The new directive comes with many changes. From an analytical point of view, the tighter limits for contaminant testing are important, e.g. the heavy metals lead and chromium, and anions such as bromate, chlorate and chlorite. Newly included are emerging pollutants such as endocrine disruptors and per- and polyfluoroalkyl substances (PFAS) as well as microplastics.

As a natural product, water contains many substances such as organic compounds or inorganic constituents. The term mineral water already points to some of these substances – essentially minerals such as calcium, potassium, magnesium and sodium. These inorganic nutrients are essential as the human body does not synthesize them. They must therefore be obtained from a dietary source.

There are, however, many other essential elements in drinking water such as the trace elements chromium, cobalt, iron, copper, manganese, selenium, and zinc. Other tentative candidates, whose exact functions as trace elements in the human body have not yet been conclusively investigated, could for instance be arsenic, nickel, or tin. For all these elements, the concentration plays a key role. For example, when selenium is missing, this leads to a deficiency, and selenium-dependent enzymes that are present in almost every organ cannot perform their function. Too much selenium, however, can lead to poisoning, so-called selenosis, which includes symptoms ranging from fatigue and nausea to hair and nail loss (2).

For the simultaneous quantitative determination of heavy metals in drinking water, inductively coupled plasma mass spectrometry (ICP-MS) is the most preferable tool for quality control because of its high sensitivity (trace detection), wide dynamic range and high sample throughput. Meeting all the requirements of the new DWD, the Shimadzu ICPMS-2030 is an easy-to-operate and fast system. Furthermore, due to the unique Eco-Mode associated with the patented Minitorch, ICPMS-2030 is able to reduce running costs drastically. The octopole collision cell assures a high accuracy for all element measurements. Using helium gas and Kinetic Energy Discrimination principle (KED), this cell suppresses most of the spectroscopic interferences (polyatomic interferences). 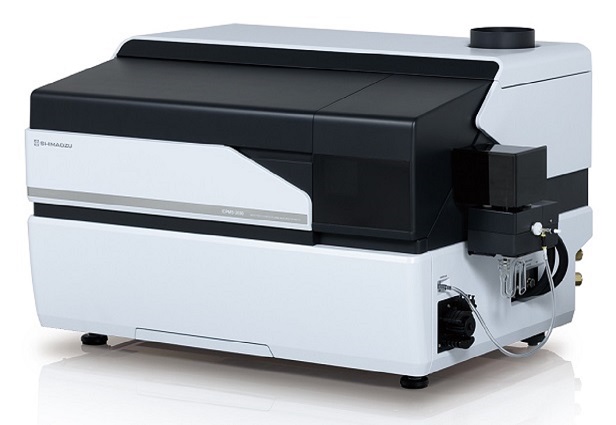 The efficiency of suppression of interferences and enhancement of sensitivity is improved by a cooled cyclonic chamber and well-controlled torch positioning. Moreover, ICPMS-2030 is able to save all mass recorded during sample measurement. The LabSolutionsICPMS development assistant software proposes optimum parameters for each element in the sample. Method development has never been easier or faster.

According to the maximum allowable concentration levels of the new European DWD, ion chromatography is a method of choice for high sensitivity measurement and detection of anions such as bromate, chlorate and chlorite in environmental and drinking water. The analytical procedure follows the DIN EN ISO 10304-1:2009 norm for water quality: Determination of dissolved anions by liquid chromatography of ions – Part 1: Determination of bromide, chloride, fluoride, nitrate, nitrite, phosphate and sulfate. The Shimadzu HIC-ESP ion chromatography system is an ideal tool for sensitive measurements of such anions in drinking water samples. 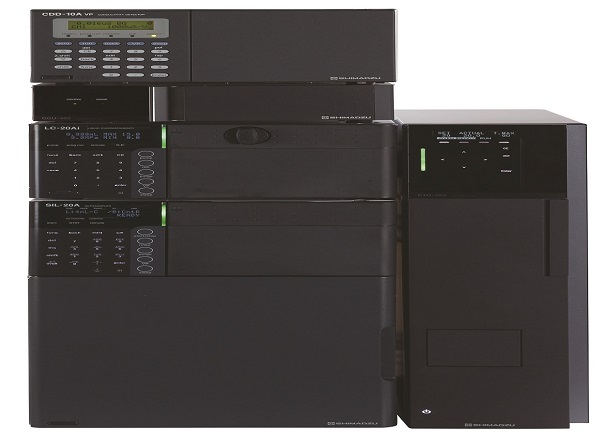 Newly included in the DWD is the determination of PFAS. The parameter “PFAS total” refers to totality of per- and polyfluoroalkyl substances with a maximum concentration of 0.5 μg/l. As there is increasing concern about the persistence and effects of Per- and Polyfluorinated Alkyl Substances (PFAS) in drinking water and the environment, Shimadzu has developed a full package of state-of-the-art analytical methods for monitoring of PFAS, and demonstrates the use, speed and performance of Shimadzu Ultra-fast Mass Spectrometry (UFMS) for PFAS analysis in water samples. 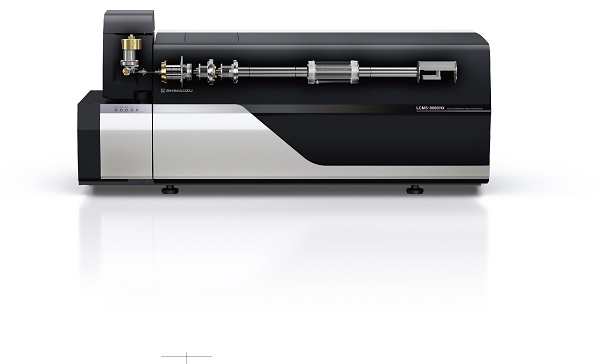 Shimadzu offers the complete toolbox for fully automated and sensitive analysis of contaminants in drinking water according to the new European drinking water directive.